Breakdance and Dingo attracted an audience in 1985.

The newspapers Etelä-Suomi and Eteenpäin wrote enthusiastically about the Kotka Maritime Festival in 1985. Helsingin Sanomat newspaper also took note of the event that broke all previous audience records.
The press photographer Lauri Sorvoja from Kotka was present. Among others, he photographed the Maritime Festival Counsellors Member of Parliament Anna-Liisa Piipari and Youth Leader Timo Tarkiainen. In the newspaper Etelä-Suomi they reassured the public that this was “serious PR work, not clowning around in any sense whatsoever.”

Internationality and popular culture were the points of focus for the Maritime Festival in 1985. The Baltic Sea seminar in particular embodied internationality with its speakers from the Soviet Union, Sweden, Poland, the Federal Republic of Germany, as well as the German Democratic Republic in addition to Finland. The subjects of the photographs include people of note, such as the Finnish historian Matti Klinge and the Estonian politician, writer and filmmaker Lennart Meri.
The press photographer Sorvoja also netted other celebrities. The musical ‘Kotkan ruusu’ (The Rose of Kotka) that received conflicted reviews was starred by Erkki Liikanen, Leo Lastumäki, Irmeli Mäkelä and Marjot Siikasaari. Among other luminaries, Katri Helena and Eino Grön sang at the ‘Sataman valot’ (Lights of the Harbour) pop concert.

Ari Karkimo writes in the Etelä-Suomi newspaper: “There are two sure-fire ways to make money at the Maritime Festival: you need to get either Dingo to play a concert or a license to sell beer.” The band Dingo was at the peak of its success. The event location, port warehouse Etelä-7, already gathered eager fans queuing for the concert the previous morning. Even though the papers mainly rave about Dingo, there are also dissenting voices: “When talking about the musical offerings of the Maritime Festival, Dingo can be easily dismissed,” Mauno Miinalainen states confidently in the Eteenpäin newspaper.
The prize for the sea shanty performance of the year was awarded to the Siimän quartet from Pattijoki. In addition to the trophy, the quartet received a prize of 10,000 Finnish markka. Musical offerings of the Children’s Maritime Festival included the ‘Satujen meri’ (Story Sea) musical cabaret, the Polish song and dance group Radosc and the children’s own song contest ‘Merilaulufestivaali’ (Sea Song Festival).

People also competed with “oars, sails and engines” at the Maritime Festival. In addition, the book café association Kotkan Kirjakahvilayhdistys made an attempt to set a poetry-writing record. After a 24-hour marathon of writing poetry, champagne was cheerfully sprayed all around. Once again, the press photographer was there to record the events.
Breakdance was big in 1985. Young people gave energetic performances in fashionable clothing and hairdos at the crossing of Ruotsinsalmenkatu and Keskuskatu Streets. The photographs show that the street dance had gathered a large audience.
A selection of the photographs taken by Sorvoja in 1985 can be seen at joka.kuvakokoelmat.fi. We can all hope that this year, too, the Maritime Festival has photographers, whose shots will be preserved for citizens to marvel at. 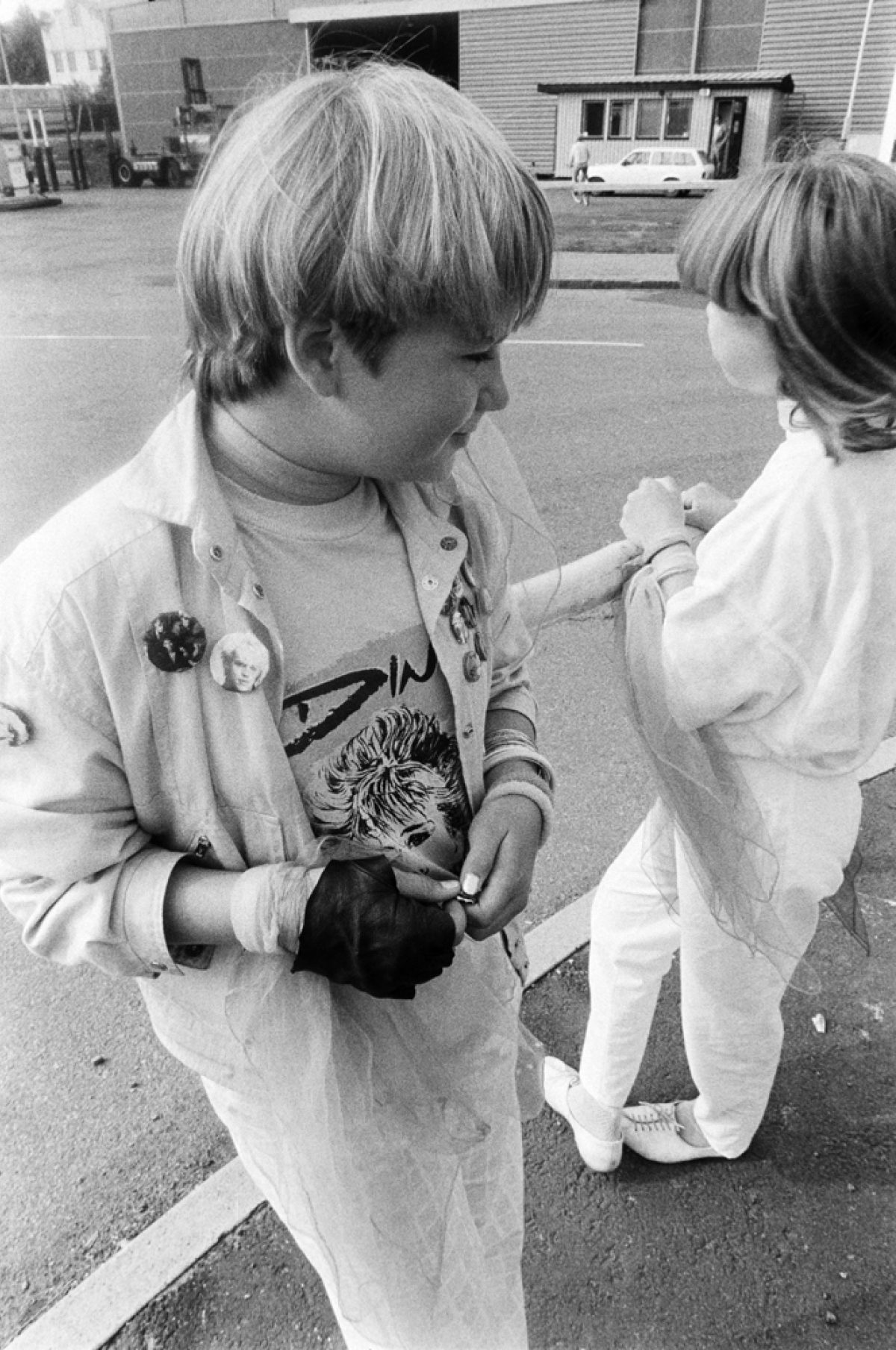