Victims of political terror raised from a field of blood in Tommola and from the Kymijoki and laid out in the yard of the Kouvola volunteer fire department’s hose room in May 1918. Photo: Leonard Karlsson / Picture Collections of the Finnish Heritage Agency (HK19720912:1)

Pictures from the Finnish Civil War of 1918 served as documentaries – and ideological tools.

The newly independent Finland was thrust into the throes of war in January 1918. The pictures taken of the ensuing events were also used as ideological tools during and after the war.
The extensive social inequality and political conflicts during the recession and food shortages caused by the First World War put Finland on a path that led to the Finnish Civil War of 1918. The national catastrophe of 1918 is one of the most significant turning points and national traumas in Finnish history.
People’s pent up aggression and hatred erupted in the form of extreme violence amid the exceptional conditions imposed by the war. Approximately 38,000 people were killed during the Finnish Civil War of 1918, with some 10,000 of them being Reds executed in the aftermath of the war.
Almost 100,000 Reds were sent to prison camps, where more than 13,000 of them died of hunger and disease. The war also left behind approximately 12,000 war widows and over 14,000 orphan children.
The political violence carried out during the Finnish Civil War – including murders and executions – was a collective crime, the slowly healing scars of which are still being felt today.

The picture taken by photographer Leonard Karlsson (1884–1942) from Kouvola depicts victims of Red Guard terror raised from a field of blood in Tommola and from the Kymijoki. The picture was taken in the yard of the Kouvola volunteer fire department’s hose room in May 1918.
In the aftermath of the war, the natural decomposition exhibited by the dead bodies were interpreted as signs of torture. The resulting stories of Red Guard terror and torture gave rise to the unsubstantiated myth of the virtue of the White Guard. By stripping their enemy of their humanity in this manner, the victorious Whites were able to justify the violence and sacrifices following the war.

Railway engineer Oskar Sundberg’s picture of a child who died in the Battle of Tampere has become one of the most well-known symbols of the senselessness and cruelty of the Finnish Civil War.
The silencing of any talk concerning the Red victims during the Finnish Civil War, the destroying of evidence and the pardon given to White executioners contributed to a pronounced culture of staying silent and victim-blaming in Finland.

The pictures documenting the Finnish Civil War of 1918 are bound to the purposes and meanings behind their taking. The moments captured in the pictures are understood through changing perspectives in different eras, creating new, temporally- and culturally-bound layers of interpretation.
The photographs documenting this Finnish tragedy are laid before us as embodiments of social meanings, which we use to write our own history through the values and attitudes instilled in us. The interpretations open up doors to the political dimensions of remembrance and memory, into what we have chosen to reveal from our past to the present and what has been left in the footnotes of the grand narratives.
By acknowledging the facts of the events that transpired in 1918, making them visible and openly discussing them, we have the opportunity to build a better shared future.
The Picture Collections of the Finnish Heritage Agency have digitised an extensive range of the photographic materials related to the Finnish Civil War of 1918, which have been made available for everyone via the Kuvakokoelmat.fi and Finna online services. 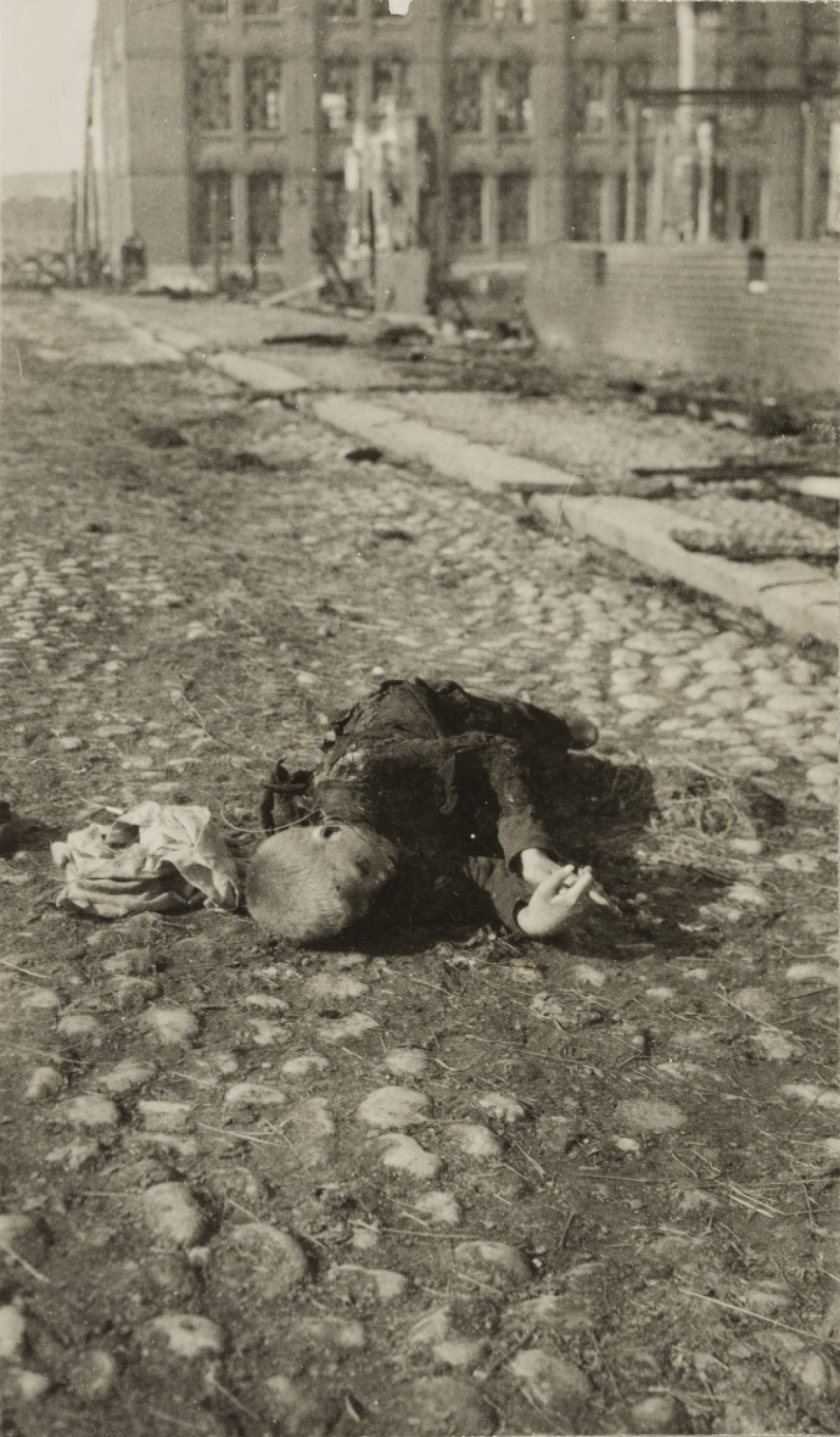 A child victim of the Battle of Tampere in front of Verkatehdas in April 1918. Photo: Oskar Sundberg / Picture Collections of the Finnish Heritage Agency (HK19210119:96)