The stores of the photographer, clock smith, hairdressers and cloth merchant were in the same building Pietari lived in. The building on the small street did not have any other stores than the small general merchandise store of widow Vetterant. At one end of the building were the blacksmith’s workshop and outhouses and, at the other, a room with a stove for Pietari and his father.

The K. Markkanen bed linen and textile store on Savontie is having a moving sale. The book shop next to it looks already empty. The Seppäläinen shoe store on Kauppakatu is also having a sale to get rid of its inventory. The writing on the wall says: ‘building to be demolished’.

Halla has lived through a shift in society. She has experienced and seen a lot. The photos tell personal stories from a warm, human perspective. She does not arrange her subjects. Instead, she simply observes and documents.

Halla and her camera are a familiar sight to the people of Heinola, who are busy with their lives. A mother is hurrying home and pulling her child on a sled. The neighbour’s boy is riding a bike and taking a curious glance at Halla and the viewer of the photo while moving forward all the time.

Halla’s photos show the beautiful porches, decorated windows, stone foundations, inner courtyards and picket fences. The yard of the rented barracks has a well and clothes lines. The wear and tear of daily life shows. The eaves are crooked, the gutter is broken, the window frames are run down and the paint on the wall is sun-bleached. The walls of snow cover any evidence of the draughty rooms and tuberculosis.

The photos of the demolition and construction of Heinola are newspaper photos published originally in Itä-Häme newspaper.

The street photos document the 20-year-long change of a small town and the end of an era. In 2013, 28 years later, the exhibition was again on display at Heinola City Museum.

Halla’s photos remind older generations of how people used to live and tell younger generations a story of a world that no longer exists. The past and the present are linked in an astonishing manner by the photos. The exhibition is important to the people of Heinola.

“The friendly living environment of the wooden houses and gardens is now gone,” says Halla about the exhibition in an article from 1985, wondering if this is what the people of Heinola really wanted. 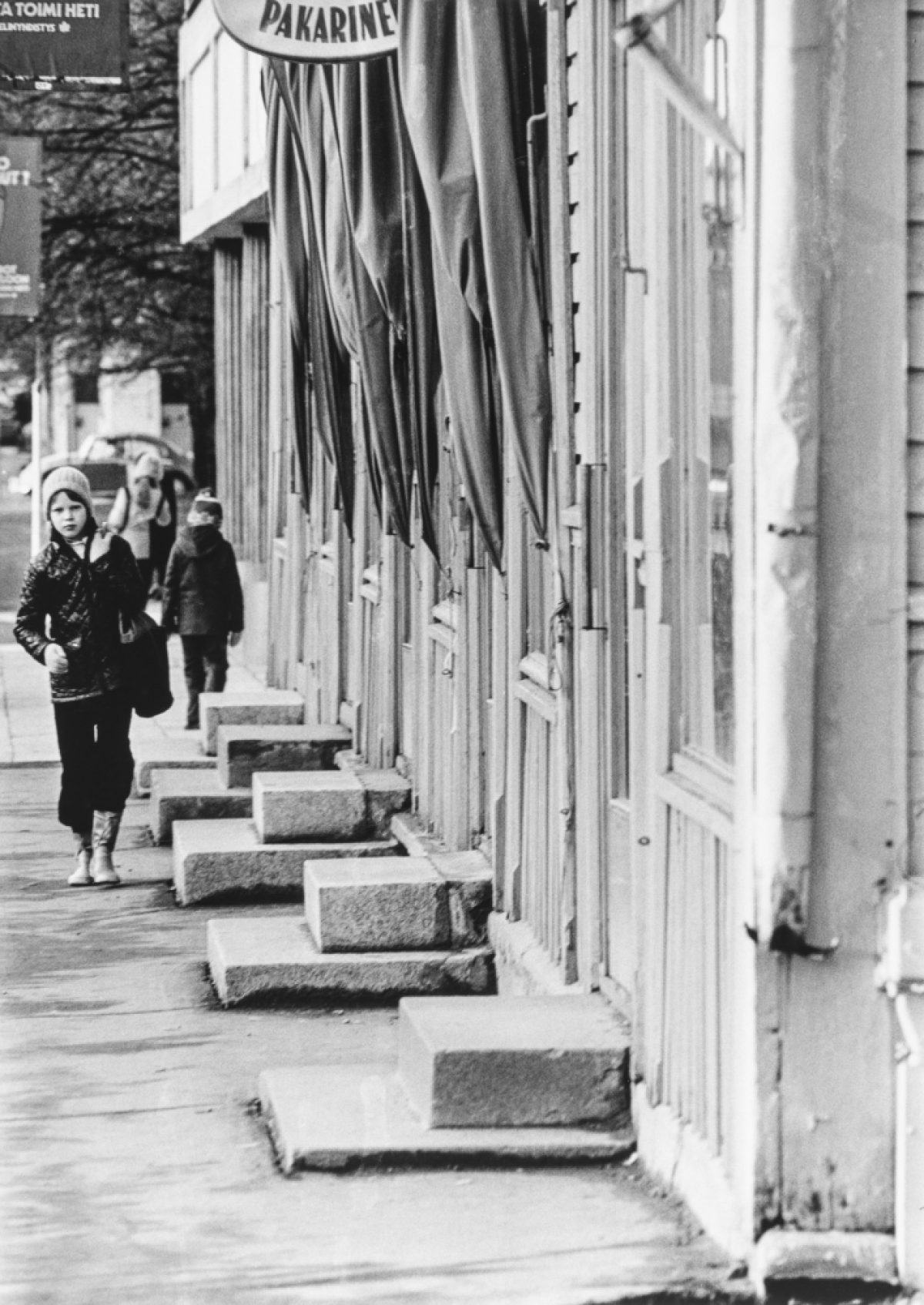 Seppäläinen’s shoes were available from the wooden house on the corner of Kauppakatu and Virtakatu until the turn of the 1980s. Photo: Anja Halla / Itä-Häme / Press Photo Archive JOKA / Finnish Heritage Agency (JOKAIH3A:25)