Personal studies by the pioneers of colour photography

Sculptor Essi Renvall had her picture taken at Kuvasiskot in the early 1960s.

The Kuvasiskot studio made a culturally and historically important career in the field of studio portrait photography. The photographic studio was steered by the legendary photographer duo, Margit “Maggi” Ekman (1919–2011) and Eila Marjala (1919–1983). Their determination, expertise and awareness of the latest trends made the studio a pioneer of colour portrait photography and brought it international fame. The studio in Helsinki was known for its near-mystical atmosphere and dedicated photographers. The Kuvasiskot studio immortalised not only politicians, artists and other celebrities but also ordinary people, who appeared in everything from family portraits to portraits of young people who had successfully passed their matriculation examination.

The photographic studio Kuvasiskot started its operations in Lahti in July 1946. In addition to Margit Ekman and Eila Marjala, the founding members included Aino Ikäheimo, who was involved until 1948. From 1951, Kuvasiskot continued to operate in Helsinki. After Eila Marjala’s death, Margit Ekman managed the Kuvasiskot business until 1994.

You can see the dramatic spirit of old Finnish black and white films in the early Kuvasiskot photographs. With the help of the atmosphere, lighting and shadows, the skilled photographers succeeded in recording the individual characteristics of their subjects in portraits full of personality. The portrait of the sculptor Essi Renvall (1911–1979) is a fine example of a character study in dark tones. Renvall was known for her brash personality and her dedication to her career as a sculptor. Experimental techniques and a personal touch are characteristic of her sculptures. Renvall is one of the most important Finnish women sculptors.

The Picture Collections of the Finnish Heritage Agency include the extensive Kuvasiskot collection of negatives that consists of more than 250,000 images. It also includes slides and prints. The collection consists of black and white and colour negatives from a period of six decades. From the studio’s earliest times in the 1940s, only a few glass negatives remain. The most famous portraits are colour portraits from the 1960s–1970s. The studio already started experimenting with colour photography in 1955. The Kuvasiskot collection is included in the currently ongoing rescue digitisation project of images at risk of being destroyed, which aims to ensure that the images and their information content is preserved permanently. The risk of destruction is mainly due to the vinegar syndrome, which is an unstoppable chemical reaction that destroys material on acetate film permanently. The preservation of older colour negative material is also limited. Because the Kuvasiskot material is very extensive, fewer than 3,000 images were selected for digitisation in the project. Even though the sample is limited, it forms a wonderful gallery of portraits, part of which will be published in the online Kuvakokoelmat.fi service of the Picture Collections of the Finnish Heritage Agency. 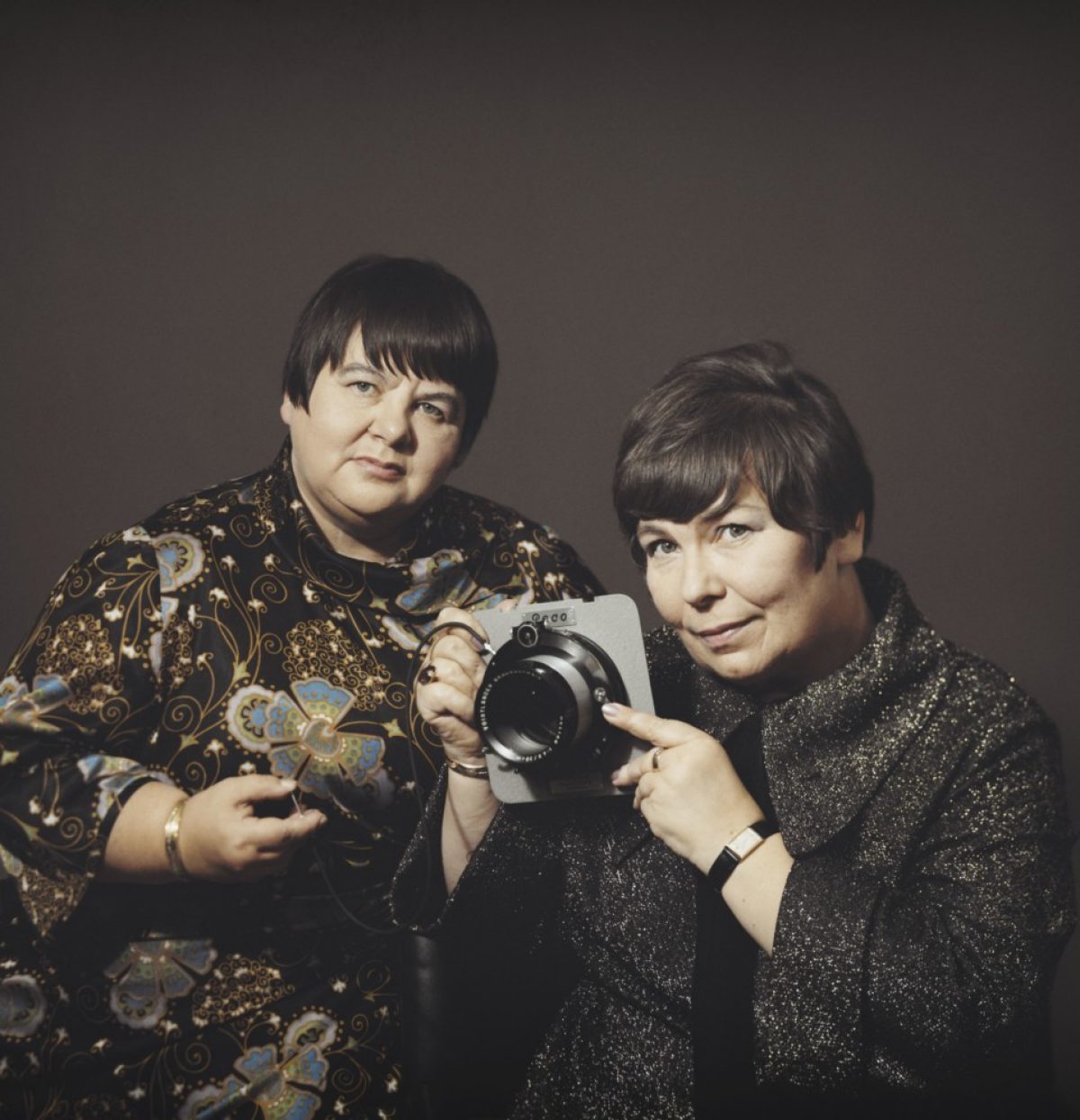