Wounded men are brought to the military hospital in Tuusula in 1940. Photo: Picture Collections of the Finnish Heritage Agency (KK5549:862)

The War-Time Through the Eyes of Women

In war-time photos, the women are running the home front.

In 1988, the Finnish Heritage Agency’s Ethnographic Department conducted a survey on the life and contributions of women during the wars in 1939–1944. The survey was quite extensive and covered several aspects, although the main focus was on the themes revolving around work.

The survey questionnaire had been designed with the adult woman of a working age in mind. In fact, the majority of the respondents had been young adults during the war years. The survey was comprised of approximately 2,500 people from around the country who had lived through the war.

The responses amounted to roughly 70,000 pages. The survey material has been used as source material in several theses, dissertations, studies and television documentaries.

The survey also included a little over 2,000 photographs from the respondents’ own picture albums. These had typically been taken by private individuals. This means that the pictures had not been taken by any official parties, and therefore they are able to illustrate the ordinary life back at home.

The aim was to task the people at the home front with important duties, primarily through volunteering. Work service camps were also organised for young women all around the country.

Thus, various forms of agricultural work, in which women had to replace men while they were away fighting, form the core of the photographic material. Many pictures also feature voluntary firewood campaigns.

Women also took care of other important tasks, for example working as nurses and nurse assistants in military and field hospitals, caring for the wounded. The volunteers of Lotta Svärd mainly managed the army’s auxiliary tasks, e.g. the provisions and clothing supply, but also air surveillance.

Due to the bombings and food shortage, children were sent away to safety in Sweden. The material contains some pictures of Finnish war children in Swedish families or orphanages.

During the war, people had little spare time, but some of the photographs still depict leisure. In one picture, the people harvesting hay have sat by the field to have a cup of coffee substitute, and in another, the work service girls have gathered around a fire after a long day’s work.

The material produced by the survey on the life and contributions of women is part of the Finnish Heritage Agency’s Picture Collections. A selection of these photos will be digitised and published on the www.kuvakokoelmat.fi and www.finna.fi online services. 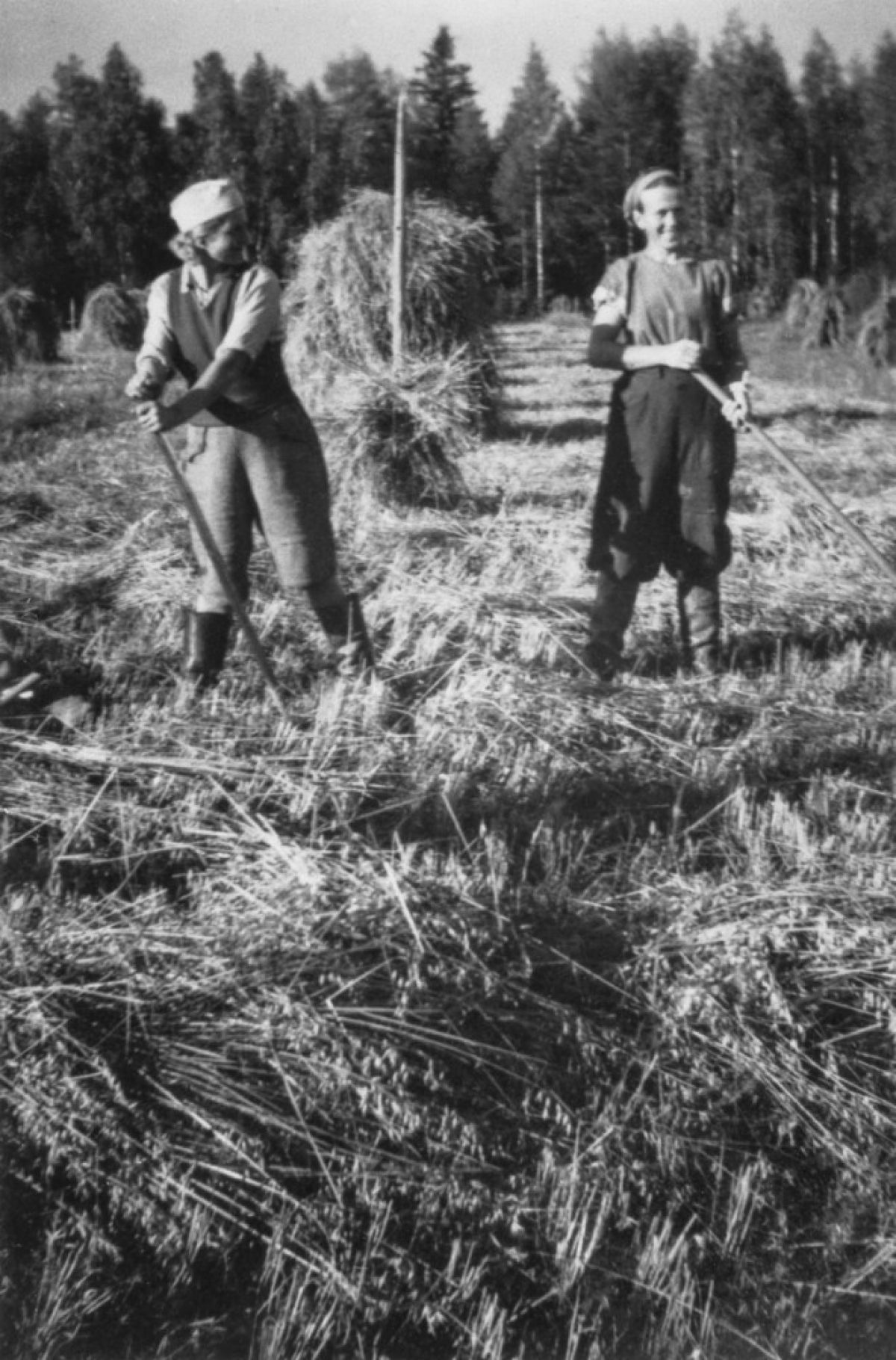