The newspaper photographs of Uusi Suomi depict a Helsinki in the midst of transformation.

In 1960, the disappearing cityscapes of Helsinki were immortalised in the pictures of Uusi Suomi’s press photographer Urpo Rouhiainen.
One of the buildings that he photographed was the Huber building, located only a short distance from the newspaper’s editorial office at Mannerheimintie 14, which was due for demolition. The building’s owner, Helsingin Säästöpankki, had decided to replace the Renaissance Revival palace, designed by architect Theodor Höijer in 1891, with a larger and more efficient office building. As a result, in 1963 the impressive palace was replaced by the Aktia Bank commercial building, which still stands there today.
The Huber building’s facade featured sculptor Robert Stigell’s decorative piece Teollisuus ja taide (‘Industry and Art’) (1891), which celebrated the new look of the increasingly industrialising Helsinki of the late 19th century: a union between craftsmanship, classicism and engineering. The sculpture features a female figure, an allegorical representation of industry, leaning on an anvil, with a large cogwheel in the background. Meanwhile another figure, representing art, is spreading a tapestry, with painter’s tools by her side.
After being documented by Rouhiainen, the sculpture was recovered from the soon-to-be demolished building, and is now part of the collections of the Helsinki City Museum.

1960 also saw the demolition of another notable building designed by Höijer, namely Norrmén Palace, which was located in Katajanokka, next to Uspenski Cathedral. Höijer had originally designed the building in 1897 for the Helsinki-based municipal politician and banker Alfred Norrmén. Since then, the building had also been used by the Allied Control Commission in 1945–1947.
The Renaissance Revival residential building was torn down to make way for the headquarters of Enso-Gutzeit (1963), which was designed by Alvar Aalto. Even at the time, the destruction and redevelopment of Norrmén’s palace was mired in controversy: Enso’s modernist headquarters was deemed “the most controversial building in Finland” and incompatible with the surrounding red-bricked warehouses and the cathedral. Aalto’s goal was to highlight the rationality and structural nature of the modern lifeform from behind the ornamental façade, and to brighten up the image of Finland made wealthy by the woodworking industry in Eteläranta.

The 1960s were a time characterised by intense building and social change. Many old structures were torn down to make way for new ones.
However, this “creative destruction” also raised civil resistance, which came to a head in Puu-Käpylä in particular. In the 1960s, Helsinki’s Puu-Käpylä district, which had originally been built in the 1920s in accordance with the garden city ideal, was designated for redevelopment. The area’s wooden residential buildings, designed by Martti Välikangas to serve as homes for the city’s workers, were considered to be in poor condition and old-fashioned, even dangerous to the residents’ health. The aim of the new city plan was to increase construction efficiency; the idea was that constructing new buildings would ultimately prove cheaper than repairing existing homes.
However, the plans spurred both residents and experts to rise up against the planned destruction of built heritage. As a result, in 1971 Puu-Käpylä was protected and the wooden buildings renovated, marking this the first great victory for Finland’s building preservation movement.

The historical photo collection of the newspapers Uusi Suomi and Iltalehti was transferred to the Finnish Heritage Agency’s Journalistic Picture Archive JOKA in 2016. 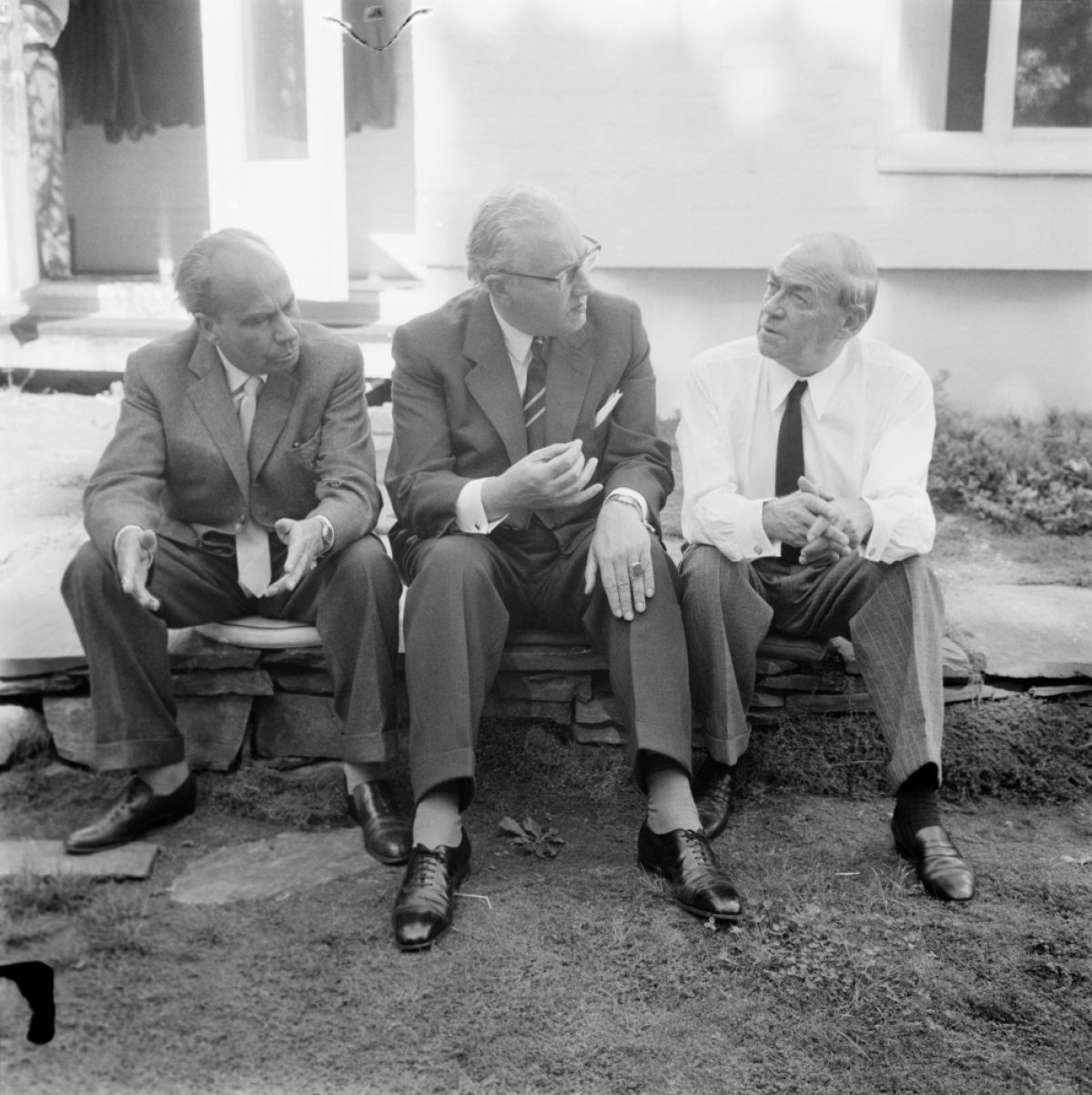 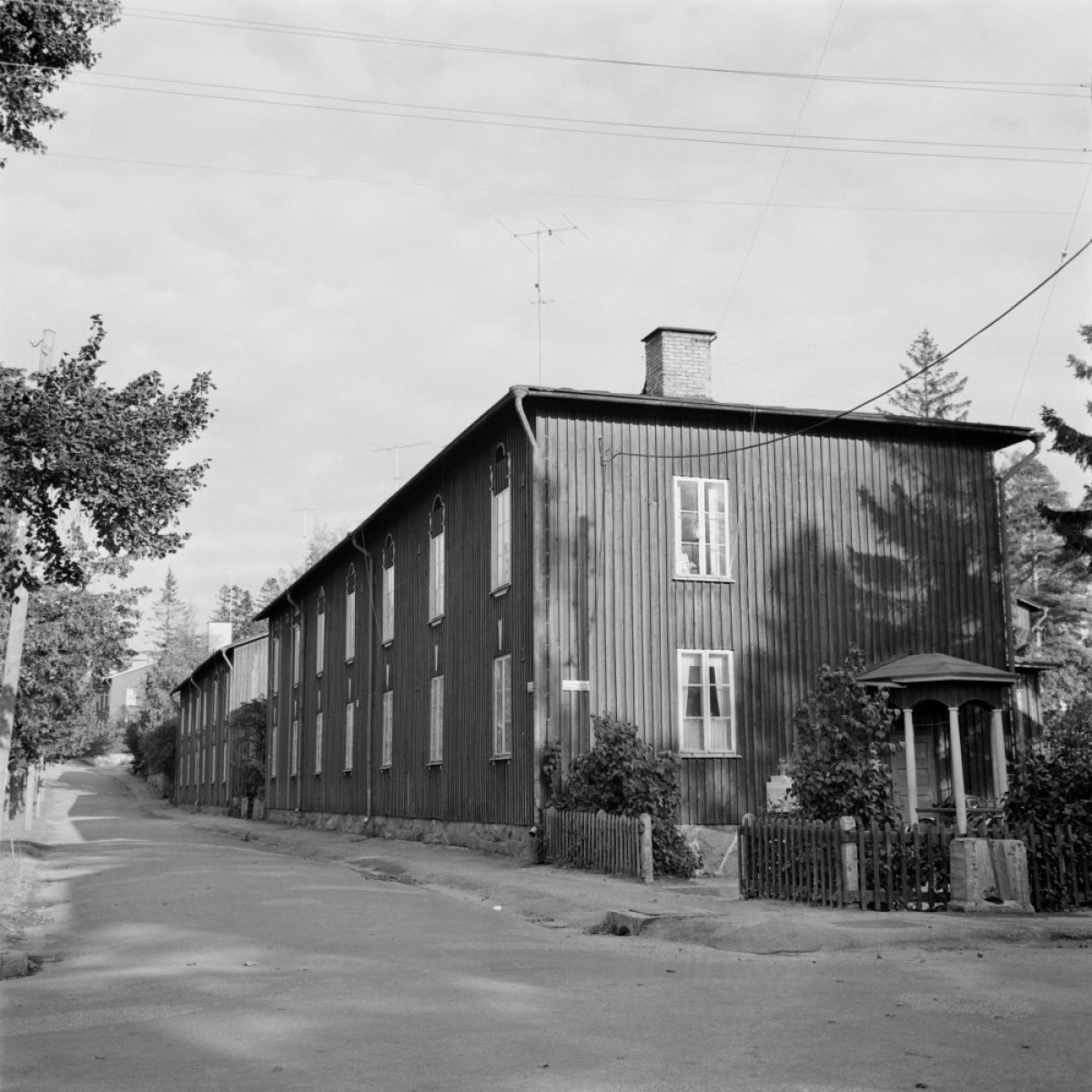