The mood in New York in October–November 1964 was nothing short of electric, as Americans mulled over which of the two presidential candidates to vote for, the Democratic candidate Lyndon B. Johnson or the Republican Barry Goldwater. Both candidates were promoting themselves with TV commercials, which had caused a great deal of debate.

The choice would determine nothing less than the future of the United States and what kind of society its citizens wished to live in.

In 1964, Americans were getting ready for a presidential election preceded by some very exceptional events.
Less than a year before the election, in November 1963, President John F. Kennedy had been struck dead by an assassin’s bullet. As a result, Vice-President Lyndon B. Johnson had been quickly sworn in and elevated to power.
At the time, public discussion in the United States centred around inequality, racial discrimination and the Vietnam War. Growing restless, American society was in dire need of some stability.

Press photographer Helge Heinonen had been working as a photographer for the popular Finnish magazine Apu for just over a year when he and journalist Ritva-Liisa Relander were sent overseas to follow the home stretch of the United States presidential election. Helge Heinonen’s picture coverage tells of a New York brimming with life. Of men debating on the busy streets.
In the presidential candidates’ own election rallies – both held in the packed Madison Square Garden – people frantically cheered for their chosen candidate. According to Relander, the mood at the two rallies was very different.
Senator Barry Goldwater’s rally was characterised by desperate passion, clamour and bluster, while Lyndon B. Johnson’s rally was a cheerful event, filled with speeches and music. And no wonder, as the election polls were predicting that incumbent President Lyndon B. Johnson would emerge the victor.

The pair of journalists from Apu magazine followed the election on 3 November 1964 in Arlington Forest, near Washington DC. The beautiful, park-like suburb was calm.
Helge Heinonen photographed voters in a small municipal clubhouse. The Finnish reporters also got to marvel at the new election machines brought to the polling location. The voting was carried out with both traditional voting slips and the machines, which were hidden behind curtains.
In the evening, the American people sat on their sofas to follow the counting of the votes. Heinonen and Relander followed the count at the Democratic National Committee’s winning celebration in the ballroom of the Mayflower Hotel in Washington. President Lyndon B. Johnson ended up winning the election with a majority of over 60%.
Helge Heinonen’s newspaper photo collection was donated to the Finnish Heritage Agency’s Journalistic Picture Archive JOKA in 2016. The photographs related to the coverage of the United States presidential election are available on the joka.kuvakokoelmat.fi service. 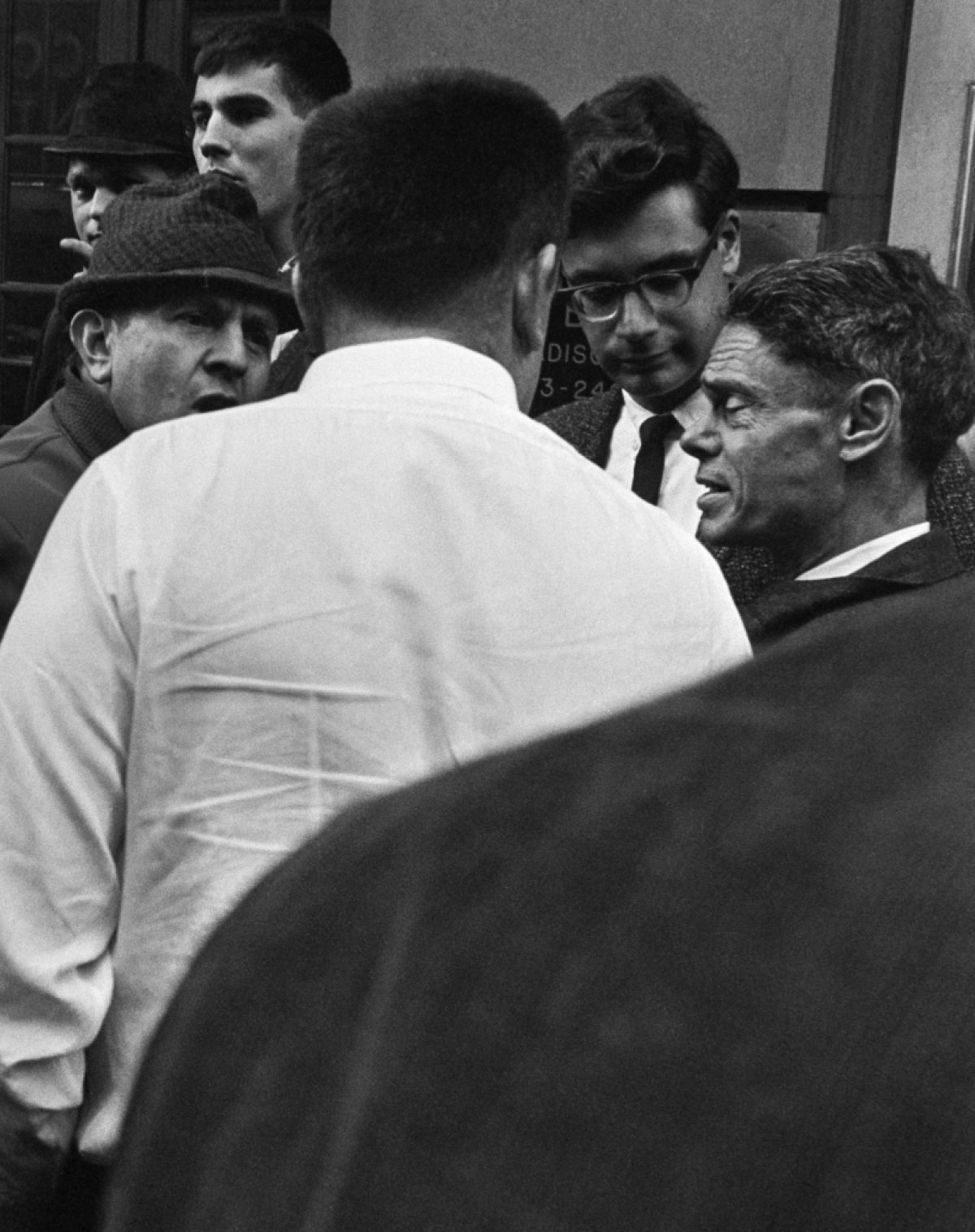