Zoom in on Kekkonen

Taking off his dark suit, the president turned into a man of the people.

Five-year-old Leila Pitkonen was lying underneath the living room table watching the news. It was the late 1960s, and President Urho Kekkonen had gone on a trip abroad, which had made Leila very worried. She said: ‘Please, Mr newsreader, say that the Baldy has come back!’ Kekkonen's most well-known features included his smooth head and square-shaped glasses with thick rims.

Gradually, we begin to identify Kekkonen in pictures where his back is turned to the camera. Photojournalist Jorma Blomqvist's picture shows Kekkonen as a black silhouette against a lighter background. Ethereal gymnasts are pointing the way towards a bright future.
Kekkonen launched his presidential election campaign in the Great Hall of the University of Jyväskylä on 14 December 1967. After his first election speech, there was a performance by the city's workers' gymnastics club. ‘The sitting president has spoken’ was the headline of the article published in the magazine Suomen Kuvalehti No 51/1967.

The same silhouette was also published in the same magazine's issue No 15/2000, but as a mirror image and without the background. The latter article talked about the period of Finlandization and President Urho Kekkonen, who was the country's leader for a quarter of a century. The bald head had become the symbol of power and the entire era.

In his book Kohtalona Kekkonen, photojournalist Kalle Kultala writes that Urho Kekkonen was an unparalleled subject for photographs. ‘He is a president, the shape of his head noble with that crease at the back of his neck.’ Kekkonen also had ‘a healthy need to be seen and heard by the public’ and ‘the sense of humour and stamina to pull surprising stunts.’
On 8 October 1965, Kekkonen decided to climb up a palm tree while on a state visit to Tunisia. ‘President Kekkonen is climbing up towards the top of a palm tree, cheered on by the locals. In the oasis of El Hamman, the president had watched the Tunisians climb the trees. He had then taken off his shoes and jacket, and after a brief discussion with his doctor had started climbing,’ reported the newspaper Helsingin Sanomat.
The most famous picture of the president up in the tree was taken by Kalle Kultala. ‘I was also there with Pentti Jenytin from Lehtikuva,’ says Stina Mäenpää who was one of the few female press photographers in the 1960s.‘Press photo agency Pressfoto's CEO Jurij Laurson was convinced that a young, self-confident woman would do well. I also travelled with the president to Poland in 1964, to Yugoslavia, Egypt and Bulgaria in 1967 and to the Soviet Union in 1980,’ Mäenpää continues. The president's stunt was widely reported by the press.
Photojournalist Heikki Y. Rissanen believed that Kekkonen understood the value that a photograph could have for his image. When the president took off his dark stateman's suit jacket he became a man of the people: an art and literature aficionado, an avid athlete and an ordinary guy who enjoyed hunting and fishing. Kekkonen knew how to play a certain part and improvise. Historian Kati Katajisto has therefore called him ‘a political artist’.
The press photograph exhibition in the Urho Kekkonen Museum in Tamminiemi, Zoom in on Kekkonen, includes more pictures of him from 1952–1980. The exhibition photographs come from academician and press photographer Caj Bremer's archives and the collections of the Finnish Heritage Agency's Press Photo Archive JOKA. 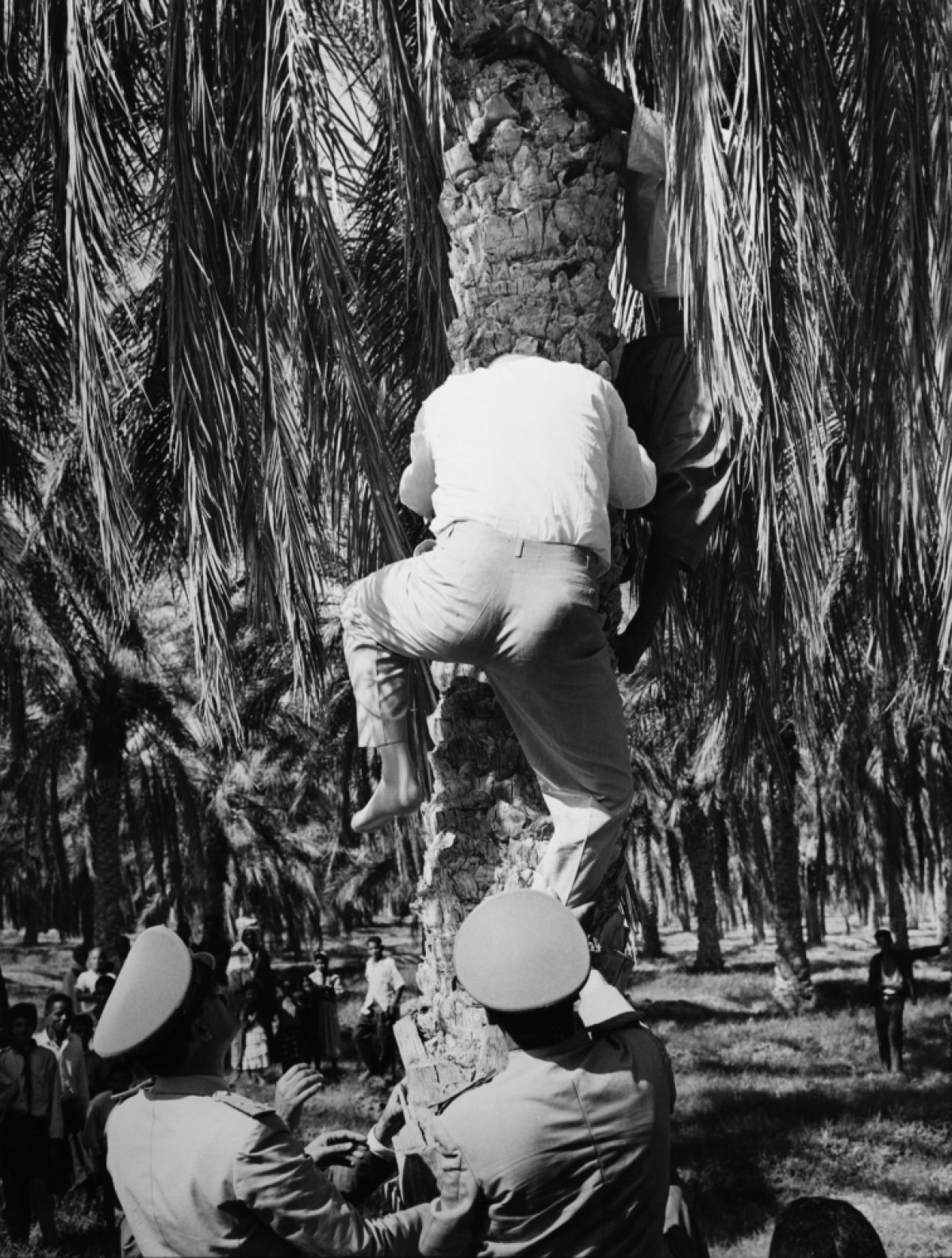