The magic of colours from a hundred years ago

The colourful autochromes by Reino Pietinen are windows into the early 1900s.

Reino Pietinen (1891–1921) was the son of a wealthy businessman from Vyborg. He began to take photographs using the autochrome method in Lausanne in 1912. Among other things, he photographed landscapes, still lives and his family, both in Finland and abroad. The photographs show colourful objects, such as flowers, that need colour photographs to do them justice.

Auguste and Louis Lumière, pioneers of cinematography, spent years developing a method of colour photography. The brothers finally succeeded and made the industrially produced autochrome plates available to the public in 1907. They had already presented autochrome at the Académie des Sciences in 1904. Autochrome was a turning point in the history of photography, as it finally succeeded in bringing permanent colour into the world of photographs. Autochrome became the most popular colour photography method until the early 1930s, even though it was relatively expensive and complicated to use in practice. In addition, the exposure times were long, which made the photographing of moving subjects impossible. Nevertheless, millions of autochrome plates were manufactured and sold for three decades around the world.

Autochrome is an additive colour photograph on a glass plate. The unique image is formed by a silver image layer and a colour mosaic screen, through which the light is filtered. The mosaic filter screen consists of particles of potato starch dyed green, orange and purple. On top of the glass plate, there is a lacquer layer, a colour mosaic screen and a second lacquer layer with a panchromatic silver salt gelatin emulsion on top.
After exposure and multiple stages of development and fixing, a protective lacquer has often been added on top and the whole has been covered with a glass attached to the base glass with adhesive tape. This has prevented problems such as the silver mirror phenomenon from occurring.
The image is viewed against light, and in their time, methods such as viewers or magic lanterns were used to view the images. The tones are soft, muted and slightly grainy, even painterly. These characteristics create a beautifully hazy, almost dreamlike atmosphere in the images.

Autochromes are very sensitive to light, and both moisture and high temperatures cause the colours to fade. In addition, the structure of the picture is easily breakable due to the base material. Therefore, the photographs must be handled with special care, and they must be stored in dry, cool and constant conditions.
Despite their success, autochromes are extremely rare when compared to other photography methods. Every individual that has survived until today is a treasure.
In the rescue digitisation of the Picture Collections of the Finnish Heritage Agency in 2015, Reino Pietinen’s autochrome images have been conserved and digitised. They will be presented in the Finnish Heritage Agency’s publication ‘Peilissä Pietiset’ (The Pietinen family in the mirror) that will be published in 2016. 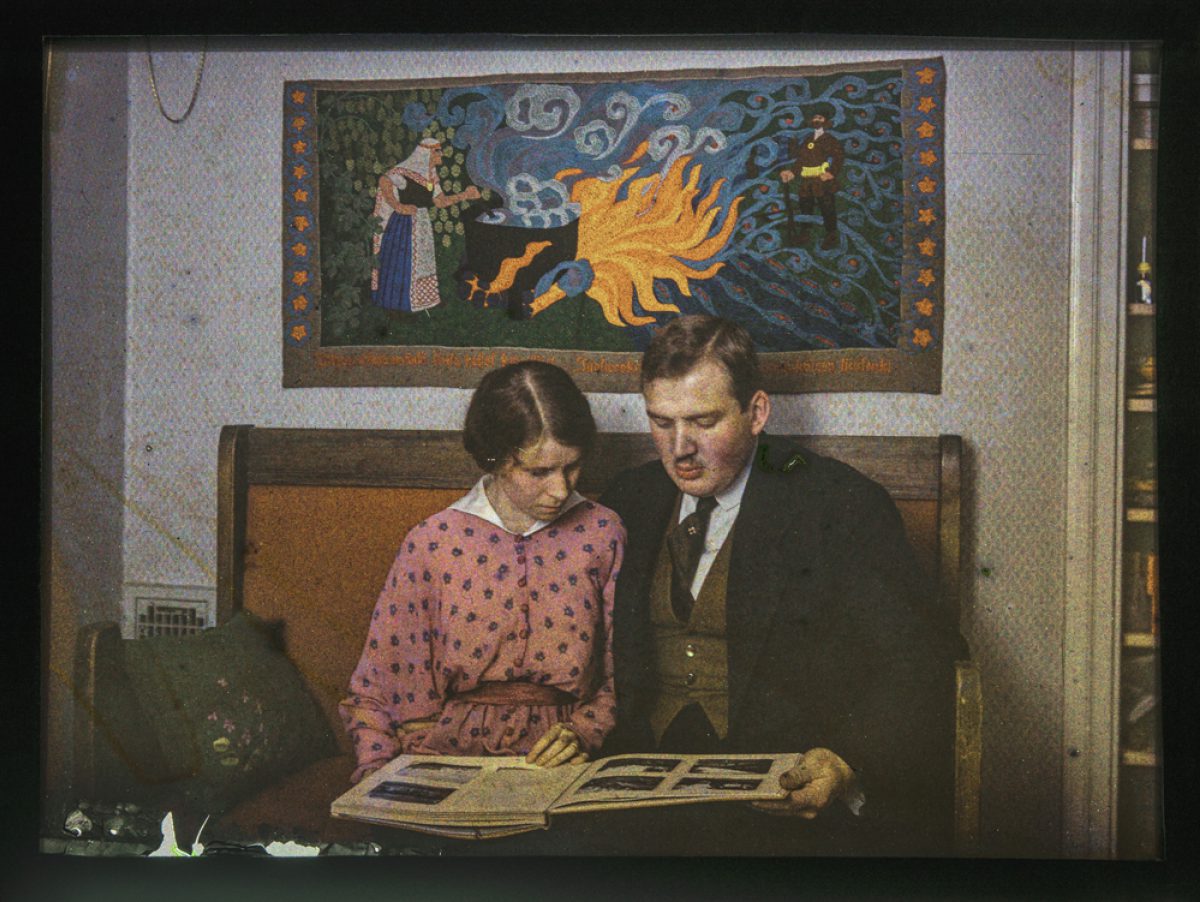