Sandra of Kenttä in Äkäslompolo on 7 July 1954. Next to Sandra: granddaughter Birgitta, also known as little mother, as she was nearly always accompanied by her grandmother. Photo: Eero Sauri / Press Photo Archive JOKA / Finnish Heritage Agency

On a roadless road

Eero Sauri, a young reporter, became familiar with the life and people of the Torne Valley in the 1950s.

Sandra only inherited a rocking chair as she gave the rest of the inheritance to her brothers, according to the Äkäslompolo family heritage website. “This is the most expensive chair around the fell,” said Simpa. In return, Sandra’s brothers built them a house. The log house was first built in Kurtakko, where Sandra was from, before the logs were transported 45 kilometres to Äkäslompolo.

Simpa and Sandra had 11 children. When Hannes, one of their sons, died in 1956, his four children were left in the care of Sandra, now a grandmother, and his brother Aapo. Birgitta, Hannes’s daughter, still lives at the Kenttä farm.

The first press photo taken by the 16-year-old lyceum student Eero Sauri was published on the front page of the Kemi-based Pohjolan Sanomat on 14 May 1954. Sauri was hired as a summer worker for Pohjois-Suomi, another Kemi-based paper in 1955 and 1956. The inexperienced reported toured the Torne Valley and Fell Lapland for photos and stories and documented the personalities of Lapland, such as the Äijä of Mattila, the blood stopper J. H. A. Alamattila and the Äijä of Erkuna, the reindeer prince Antti Palojärvi.

Sauri stops people in the middle of their daily chores wearing worn old shoes and dirty aprons, in their natural state. The photos included berry-picking women, boys coming back from retrieving milk, grandmas, grandpas and reindeer farmers. Everyone was important enough to be photographed.

In the summer of 1956, Sauri’s reporting tour took him to the village of Palojärvi in the middle of wilderness, about 30 kilometres north of the village of Hetta in Enontekiö in the northwestern arm of Finnish Lapland near the Norwegian border.

Palojärvi is an ancient Sámi village. In 1956, the population of the village was 50, whereas in 2005, fewer than 25 people lived there. The livelihoods of the village included agriculture, animal husbandry and reindeer herding. Additional income was gained by picking berries, fishing and catching willow ptarmigans.

Sauri says that the villagers were eagerly anticipating a road to Palojärvi as the current route there was a footpath via Leppäjärvi. In the summer of 1956, a 17-strong road construction crew visited the village to plan a road from Hetta to the Norwegian border through Palojärvi. The crew slept in a tent and the food was prepared by the crew’s own cook, Erkki Longi.

Sauri’s report Palojärvi – a village behind the coniferous treeline was published in Pohjois-Suomi on 4 August 1956.

When he finished school, Eero Sauri moved from newspapers to magazines, starting at Kuva-Posti before taking a job at Apu magazine. In the end, he did not become a photo journalist, but just 13 years after the Palojärvi report, he was the Chief Editor of Apu, the biggest magazine in Finland.

A road from Hetta to Norway’s Kautokeino was constructed in 1958. This road is now part of the European Route E45 from Sicily to Alta, on the coast of the Arctic Ocean. 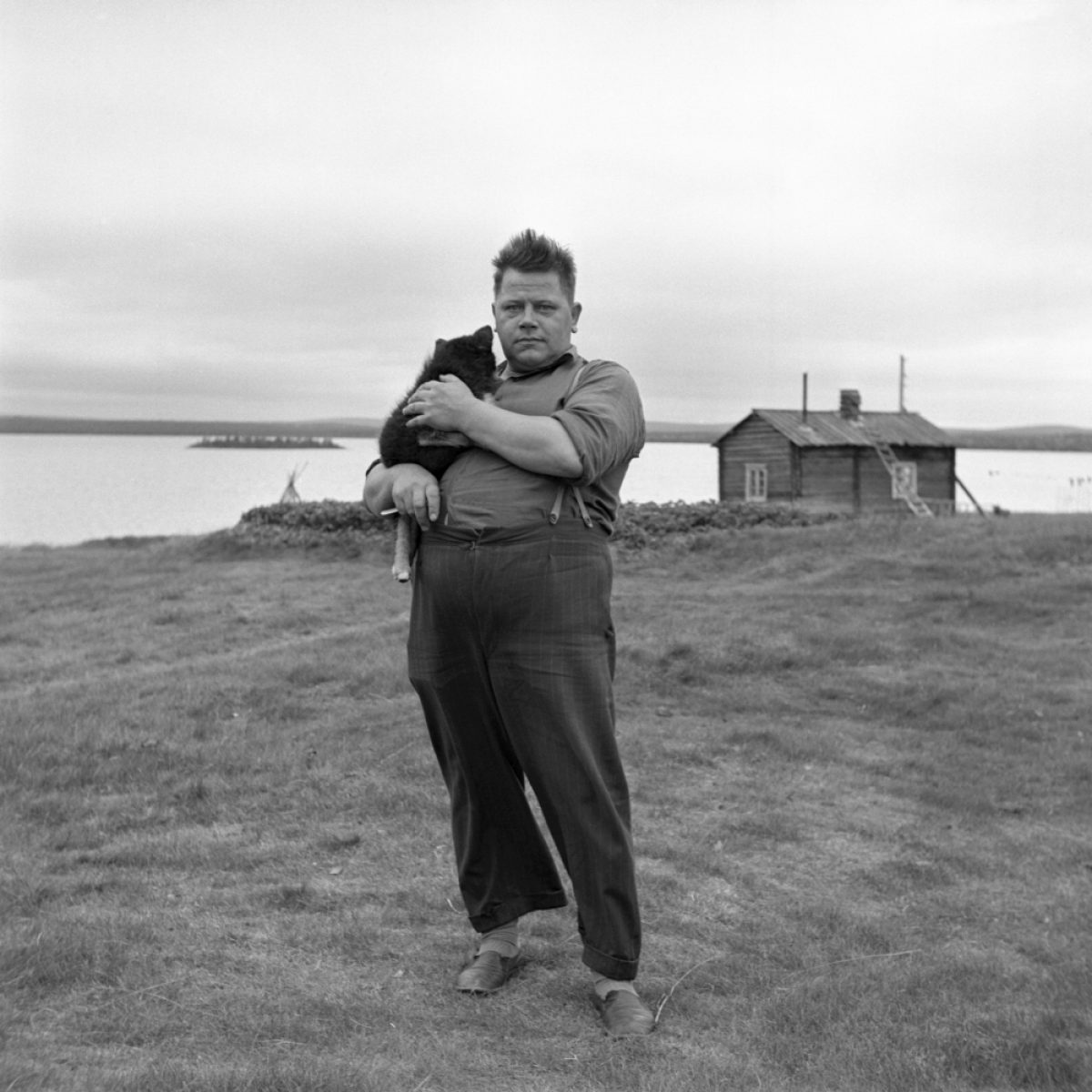