What good is a pasty with neither a crust nor filling?

The women of Koskivaara farm are baking earth apple pasties in 1930 in Karelia, in the village of Vaskela in Metsäpirtti. Potatoes were called earth apples (‘maaomena’) and the apples that grew on trees were called nectar apples (‘mes’omena’). The atmosphere inside the farmhouse is almost devout. The clock is ticking. The wide logs on the walls, the rag rug on the floor and the oil lamp form a picture of the times. The bakers focus on their work led by the farmwife Maria Koskivaara (on the left in the image). The woman behind the camera is the 44-year-old Tyyni Ilma Vahter, Master of Arts. She is on a field expedition in Kannas. The notes on this expedition can be found in the manuscript ‘Kannakselaista ruokataloutta Metsäpirtissä, Muolaassa, Raudussa ja Valkjärvellä’ (Kannas food management in Metsäpirtti, Muolaa, Rautu and Valkjärvi) in the ethnological archive of the National Museum of Finland. Tyyni Vahter describes how the pasties were made: Either pasties (open-faced pasties) or pies were made for Sundays, and for the major holidays, both kinds were made. The round rye flour crusts were filled with potato porridge made out of milk and potatoes, the edges pinched up in small folds, brushed with egg and baked. To finish, the edges were swirled through a mixture of water and butter.

Ethnological photography began in the 1870s, and the 1920s–1950s were its golden era. The aim of documentary photography was to depict the work of the “common people” and its results. The common people mainly referred to the people living in the countryside, and the depiction was oriented towards the past and focused on recording a vanishing way of life. The ideal was an old person working in an archaic milieu in as ancient a manner as possible. Sometimes situations even had to be staged, if the work to be depicted – the most old-fashioned kind – was no longer done. The present was not considered interesting as an object of study.

Tyyni Vahter focused on showing women’s work and the women doing the work in the different stages of making textiles, food management and housekeeping, for example. The photographs are excellent documents of folk life, and they show how important the work done by women was for the peasant culture. Tyyni Ilma Vahter was born in Iitti on 19 March 1886. She went to school in Kotka and graduated as a Master of Arts in 1913. When she entered the museum sector, the building that would house the National Museum of Finland was just being constructed. Her colleagues included pioneers in the field of museums, such as A. O. Heikel and U. T. Sirelius. Vahter was appointed as the intendant of the department of ethnology of the National Museum of Finland and the caretaker of the Seurasaari Open-Air Museum in 1935. She photographed ethnological subjects, starting from 1915, and in close to thirty summers she went on expeditions in different parts of Finland, as well as to Aunus during the Continuation War. In this way, she increased the artefact, archive and picture collections of the National Museum of Finland.

Vahter specialised in the study of handicrafts. She wrote several books, publications and essays, museum guides, and popular articles for the magazines Kotiliesi, Omin käsin and Yhteishyvä. 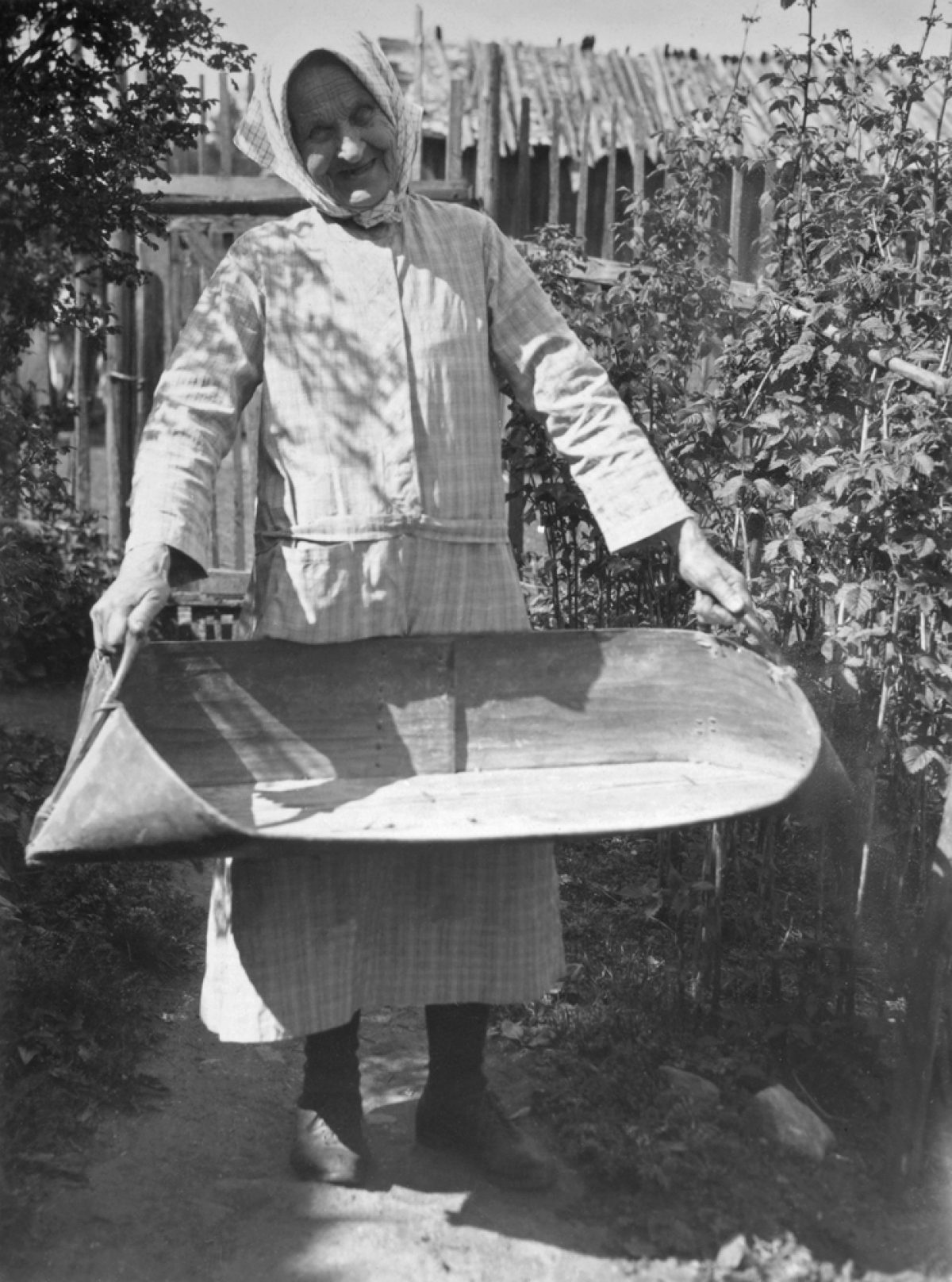