A seal hunter looking through his binoculars at the edge of the shore-fast ice. Across the open sea is the isle of Gogland. Photo: Jorma Jussilainen / Picture Collections of the Finnish Heritage Agency (KK2953:189)

Jorma Jussilainen documented seal hunting in the Gulf of Finland.

In 1924, Sakari Pälsi wrote in his book Suomenlahden jäiltä: ‘I again thought about the ice, the wind and the sea, and their destructive force when combined. I remembered stories of hunting parties that had spent a night on the ice after the stormy sea had crushed their boats and belongings.'
In 1953, J.K. Paasikivi was the president of Finland and the country had recently hosted the Olympic Games successfully. On that crisp morning in late winter, the man in the picture stood at the edge of the ice, gazing through binoculars across the sea, just off of Gogland in the Gulf of Finland.
The man was photographed by Jorma Jussilainen, who, at the time, was working for the ethnology department at the National Museum of Finland. Jussilainen was doing fieldwork, documenting a disappearing source of livelihood: seal hunting.

Seals have been hunted in the Gulf of Bothnia, the northern Baltic Sea, Lake Ladoga and the Gulf of Finland since the Stone Age. The methods have remained largely unchanged for centuries, because they are tied to ecological factors and the seals’ habits. In the eastern parts of the Gulf of Finland, seal hunting was mainly done from the ice, between February and April.
Jussilainen travelled with the hunters in challenging conditions and used his camera to record an entire hunting trip, which took at least 2–3 weeks. The seal hunters had a camp on a boat that had been transported to the location by pulling it across the ice.
In the Gulf of Finland, the same boats that were used for fishing Baltic herring were also used for hunting seal. They were lifted onto skids reinforced with iron to make them easier to move. Sails were also used to assist in the boats’ transportation.
When setting up camp, the party would use the sail and mast to create a tent and support the boat on top of the ice with pieces of wood. A boat served as a means of transport, a shelter and storage space for hunters.

The hunters would leave their camp at four or five in the morning. Each hunter would typically travel across the ice on skis, accompanied by a dog. Their daily trips could take them as far as 10 kilometres from the boat. Shooting was the main hunting method.
Only the seals’ skin and blubber were taken. The blubber and the oil obtained from it could be sold. Blubber oil was used in lamps and for oiling leather objects. One seal skin could be turned into approximately four pairs of gloves. The meat could also be used.
Seal hunting was an important source of income, especially for people in the outer archipelago. However, by the 1960s, the coastal hunting tradition had been replaced by other trades.
Jorma Jussilainen (later Heinonen), who captured this fantastic collection of pictures of seal hunting in the Gulf of Finland in 1953, was also an expert in ethnological films. He had an exceptional ability to make observations and identify the key elements, which is also reflected in this collection of photographs. The pictures can be viewed at kuvakokoelmat.fi and museot.finna.fi. 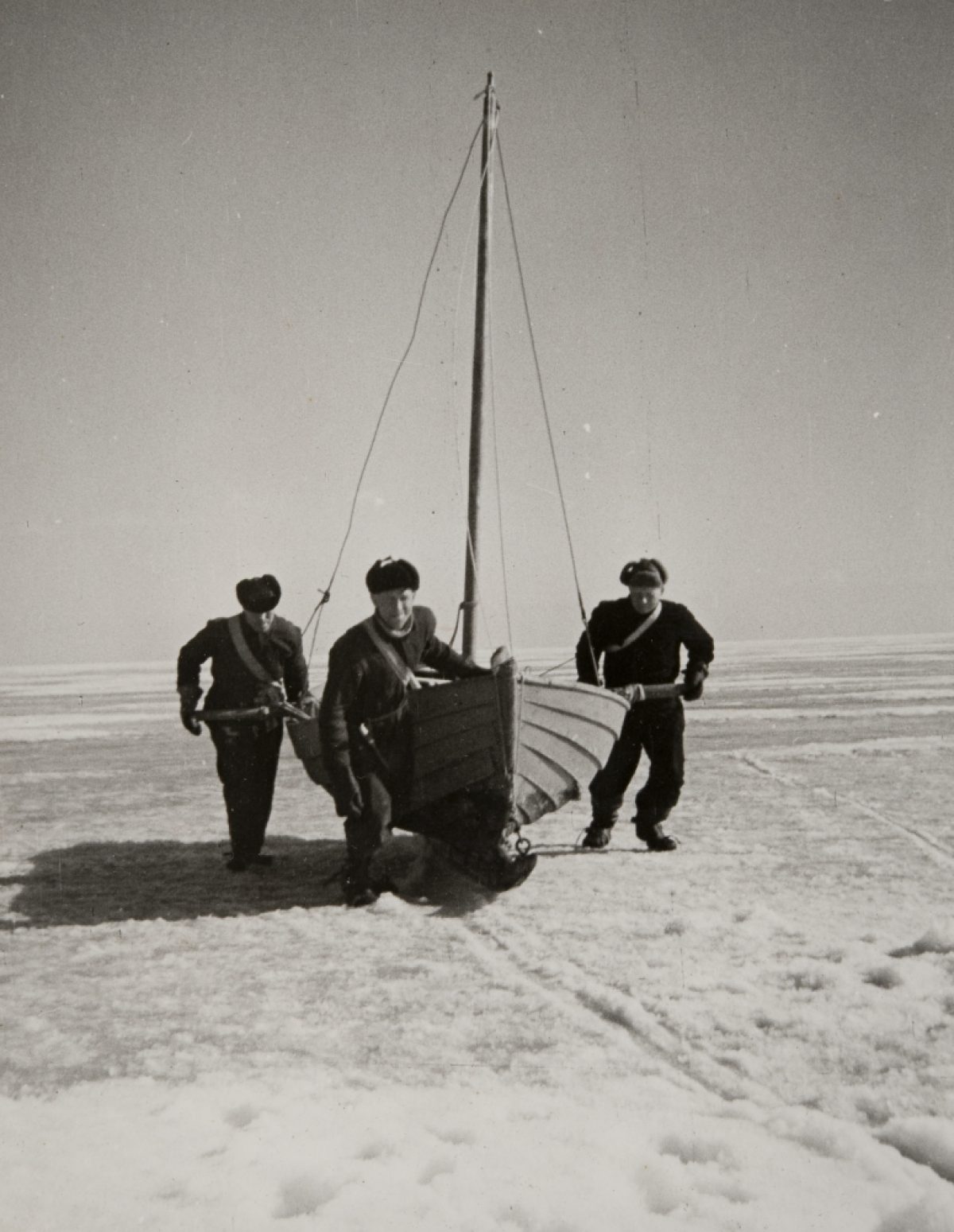 Seal hunters pulling their boat across ice in the Gulf of Finland, off the shores of Haapasaari. Photo: Jorma Jussilainen / Picture Collections of the Finnish Heritage Agency (KK2953:98)