Voyage to the lost land

Post-war Finland through the eyes of Matti Poutvaara.

How did Finns use to dress before the ready-to-wear clothing industry took over the Western world? What did the countryside look like before flat-roofed supermarkets, department stores and furniture stores? What were Finnish cities like before cars took over the streets and the buildings were covered in advertising signs?
Over the course of his career, Matti Poutvaara (1909-1989) published dozens of photography books, and he also wrote the texts for some of them. Poutvaara’s photographs call to the viewer’s mind the black-and-white world of Finnish films.
Seventy years in the past, fields are still being ploughed with horses, people are living in farmhouses and milking cows, and there are animals everywhere. Women pose in their national costumes and wear dresses and aprons, while men wear suspenders and caps and smoke tobacco. Farm workers traverse the village road with scythes on their shoulders.
No one wears mass-produced clothing. The fields are full of hay poles and the rivers fill with floating logs. Cars drive by occasionally. In contrast, there are horses everywhere, even in the cities.
In fact, there were still roughly 400,000 horses in Finland in 1940, with only 70,000 registered motor vehicles.

The post-war period of rebuilding sees the first stone buildings rise in cities, and Poutvaara is among those who see them as symbols of a new era. The Finnish commercial bank Kansallis-Osake-Pankki is the first business to systematically build commercial premises in the countryside, next door to tiny wooden houses.
The first shopping centres are founded in the 1960s, and market squares are joined by supermarkets even in small cities. Factory production and power plants are national sources of pride, and modern hospitals and nursery schools are being built.

Poutvaara photographed even the most secluded of places in Finland on land, at sea and even from the air. He flew on Aero Oy’s (later Finnair) planes, taking photographs all across Finland, and he published magnificent images of the Finnish archipelago scenery, among other things. His collections include roughly 60,000 black-and-white negatives from 1946–1964.
Poutvaara’s enormous collection of photographs mainly depicts nature, people, trades, architecture and tourist attractions. Through his photographs, the viewer can journey to the lost Finland and meet its residents.
The Picture Collections of the Finnish Heritage Agency has digitised a wide selection of Poutvaara’s photographs and made them available for browsing at the kuvakokoelmat.fi and finna.fi online services. 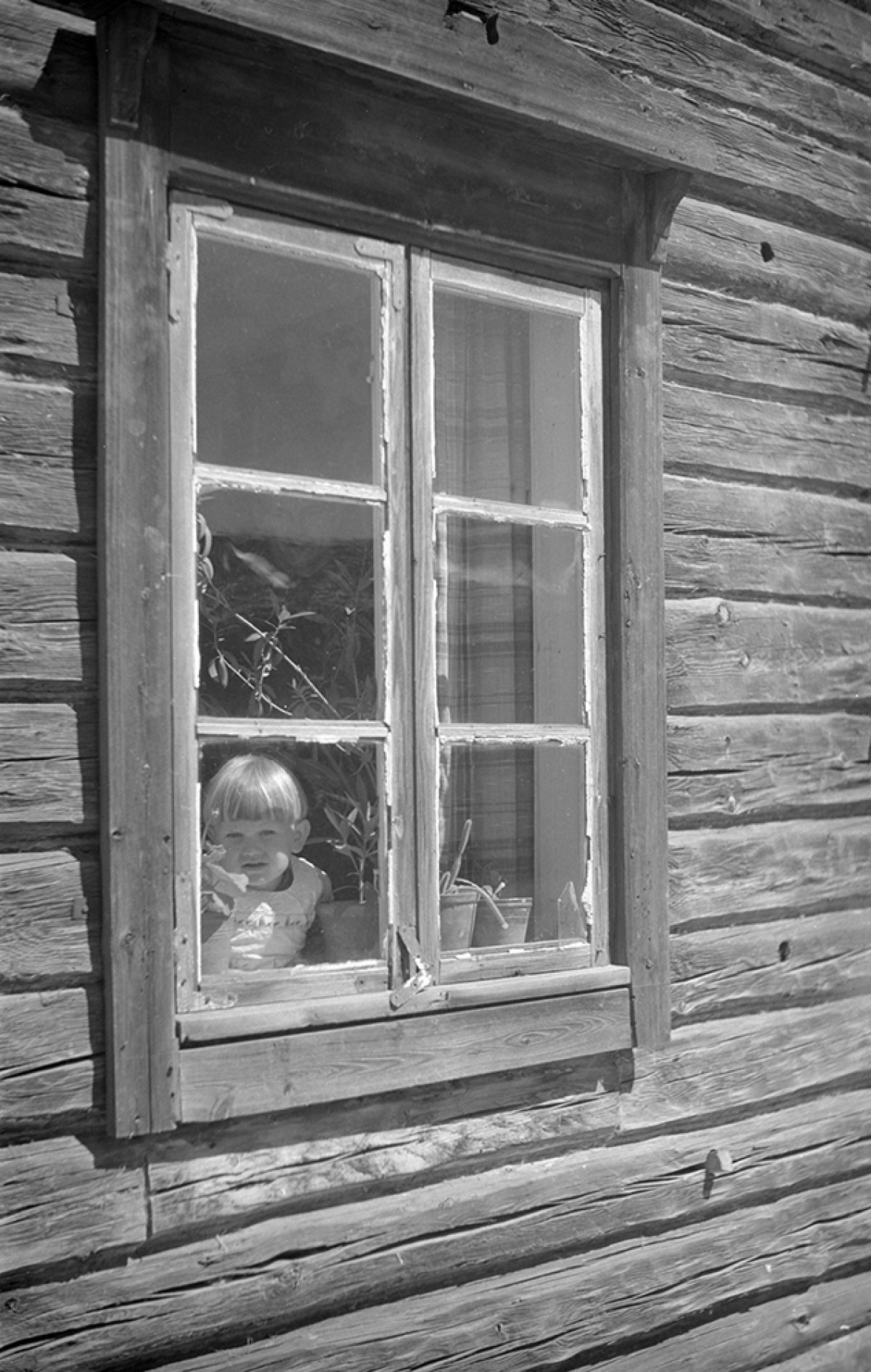 A child in a window in Hartola. Photo: Matti Poutvaara / Picture Collections of the Finnish Heritage Agency (KK5079:15.HART.5)