There is nothing more beautiful in London in 1969 than friendship and love.

“Don’t make the skirt so short! What will people say?” exclaimed the Finnish Miss Summer during a photo shoot in London, even though the hem of her pink corduroy outfit was actually among the longest in London...

In the summer of 1969, Miss Seija Katila was whisked off to swingin’ London by the Finnish women’s magazine Eeva. The girl had won the Miss Summer beauty pageant at Hangon Casino in Finland the previous summer. The latest fashion trends where short skirt hems and slender, long legs.

London in the late 1960s was subject to a great deal of international interest in terms of fashion, photography and music. British photographer David Bailey became the paragon of photographers everywhere, while the Beatles released psychedelic pop music with their latest album, Sgt. Pepper’s Lonely Hearts Club Band.
Reporter Ulla-Maija ”UMA” Aaltonen and photojournalist Markku Lepola conveyed the latest development from London back home to Finland via Eeva magazine’s Olipa kerran... (‘Once upon a time...’) column.
In Piccadilly Circus, Uma Aaltonen interviewed and Markku Lepola photographed the hippies of London, who, at the time, were in the habit of lounging at the foot of the Anteros statue, smoking marijuana. The hippie movement, which emphasised freedom and individualism, peace and love, had spread to the UK from the Unites States, and by the late 1960s hippies were visible everywhere in London. The movement allowed young adults born after the war to carve out space for themselves and rise up against the conservative views of past generations.
Homeless hippies looking for places to hang out and live caused considerable turbulence in London. In late March 1969, London’s police had evicted the hippies from so-called Genesis Hall, an abandoned hotel located at 178 Drury Lane. Planning was also underway for another operation to evict hippies from a building that they had taken over near Buckingham Palace.
Eventually the hippies declared that they were going to buy St Patrick's Island in Ireland and set up a commune there. Clashes between the hippies and the police were fierce, with local skinheads and Hells Angels also taking part in the fights.

During his photography and reporting trips to London, Markku Lepola also got a taste for street photography – in between all the fashion and interview shoots. The resulting photographs display the kind of dynamism and naturalism typical of street photography at the time. People are photographed in the moment, with the poses feeling natural as well.
Photographer Markku Lepola (born 1946 in Forssa – died 2016 in Helsinki) was working as a freelancer in 1969. He had got into photography in a school camera club, and later studied photography at Ateneum University of Industrial Arts. During his studies, Lepola worked for the Raimo Poutanen advertising photo agency, before graduating with a degree in professional photography in 1966.
In July 2017, Lepola’s negative collection was acquired by the Finnish Heritage Agency’s Journalistic Picture Archive JOKA. Since then, over 400 of the collection’s pictures have been digitised and made available for viewing on the Journalistic Picture Archive JOKA’s online picture service joka.kuvakokoelmat.fi. 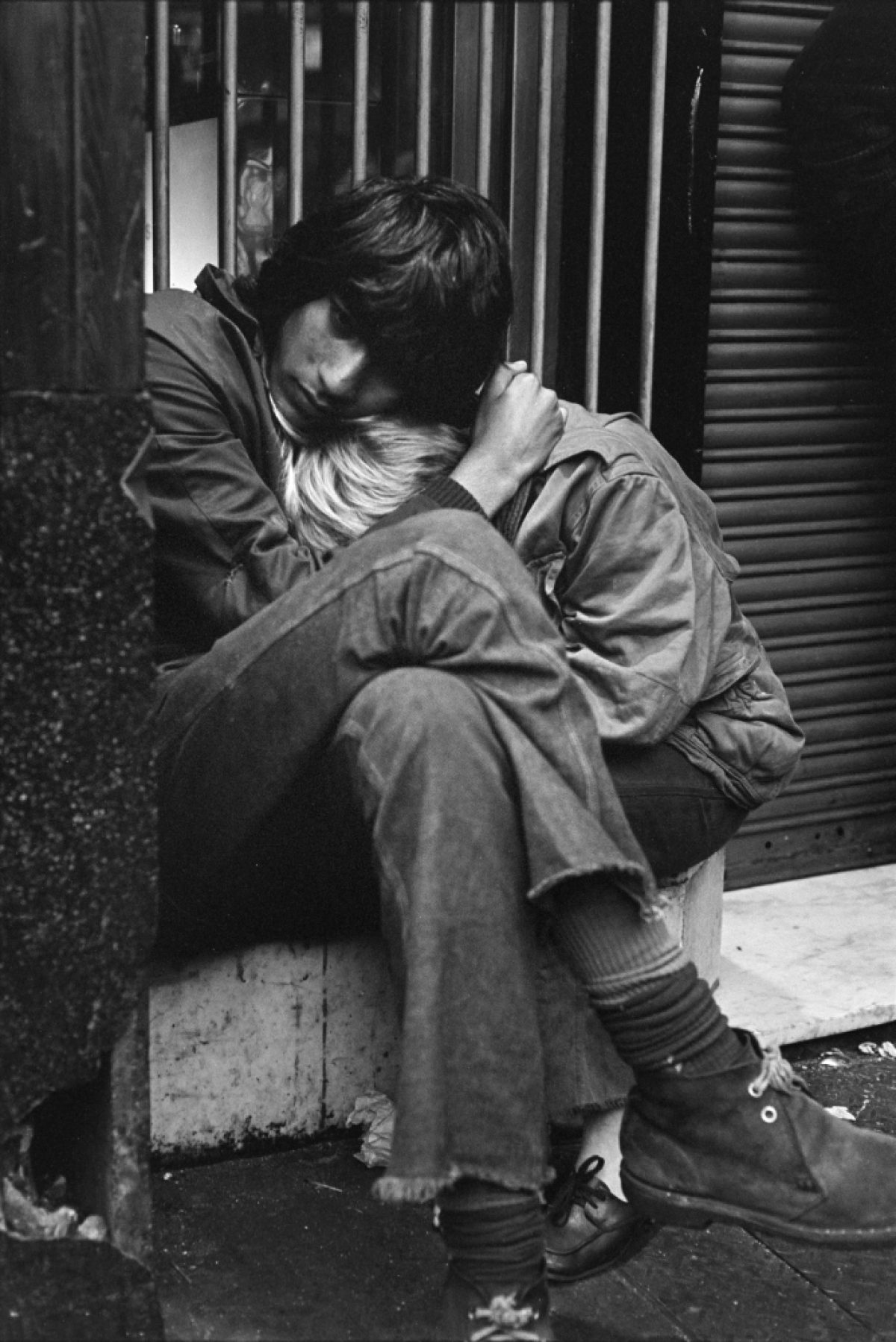 “There is nothing more beautiful than friendship and love, that is all I want and can say about life,” said the young man while embracing his friend. Photo: Markku Lepola / JOKA / Finnish Heritage Agency (JOKAMAL2A02:27)