Erkki Voutilainen (1914-1988) worked as a permanent photographer for the newspaper Maaseudun Tulevaisuus during 1956-1981. His works from the 1950s and 1960s immortalise Finnish agriculture on the brink of change between the traditional lifestyle and a structural change.
His photographs tell of life on family-owned farms, people immersed in their work in the different areas of land cultivation and animal husbandry, everyday life and celebration in the countryside, traffic and gradually an urbanising and industrialising living environment.
His collection of photographs is a cross-section of the entire food production chain from the countryside to cities, from fields to tables, from dairies to homes and from export to import. The perspective he provides is that of modernisation, education and progress: In his photographs, Voutilainen emphasises research and animal and plant breeding at teaching farms, new technology and the forming of the food industry.

In 1963, Voutilainen photographed workers at Somero dairy with their modern equipment in their hygienic working facilities, as though in a laboratory. As is typical in Voutilainen’s works, the photograph shows a solid group composition that is reminiscent of old-style paintings.
Another photograph taken in 1956 shows Massey-Harris combine harvesters imported from West Germany that were ‘intended for smaller farms’. The line of harvesters moves forward in the dullness of late winter in Eteläranta, Helsinki, in an almost surreal manner.

In the aftermath of the period of rebuilding, agriculture and forestry saw a ‘golden age’ in the 1950s. Agriculture became mechanised, and food sold well in the domestic market, with prices agreed upon with consensus politics.
The photographs taken for the newspaper Maaseudun Tulevaisuus illustrate this optimistic and dynamic era, but they also contain seeds of change. The mechanisation and increased efficiency of agricultural production and the transition to larger farms led to a rural exodus in the 1960s, when labour-intensive small farms became unprofitable. In the 1960s and 1970s, roughly half a million people moved to the cities in Southern Finland and Sweden from the rural areas of Eastern and Northern Finland in particular.
Voutilainen also took photographs of the public relations activities of the Central Union of Agricultural Producers and Forest Owners (MTK), such as a visit by Archduke Otto von Habsburg of Austria to Valio’s dairy in Pitäjänmäki in 1963. In his role as a politician, Otto von Habsburg later contributed to the expansion of the European Union in the 1980s and 1990s, thereby also contributing to the current operating conditions of Finnish agriculture.

Maaseudun Tulevaisuus donated its historical photograph archive to the Press Photo Archive JOKA of the Picture Collections of the Finnish Heritage Agency in 2011. JOKA saved the most fragile of the sheet negatives from the 1950s and 1960s in its rescue digitisation project. The photographs are available via the joka.kuvakokoelmat.fi service.
The newspaper Maaseudun Tulevaisuus is turning 100 this year. The exhibition Hundred Years – Hundred Images, compiled in honour of the anniversary, is touring several municipalities and being displayed at the Northern Photographic Centre in Oulu, the Finnish Forest Museum Lusto and the Kuopio Cultural History Museum, among other places. One part of the exhibition is a selection of 500 photographs from Erkki Voutilainen’s life’s work. 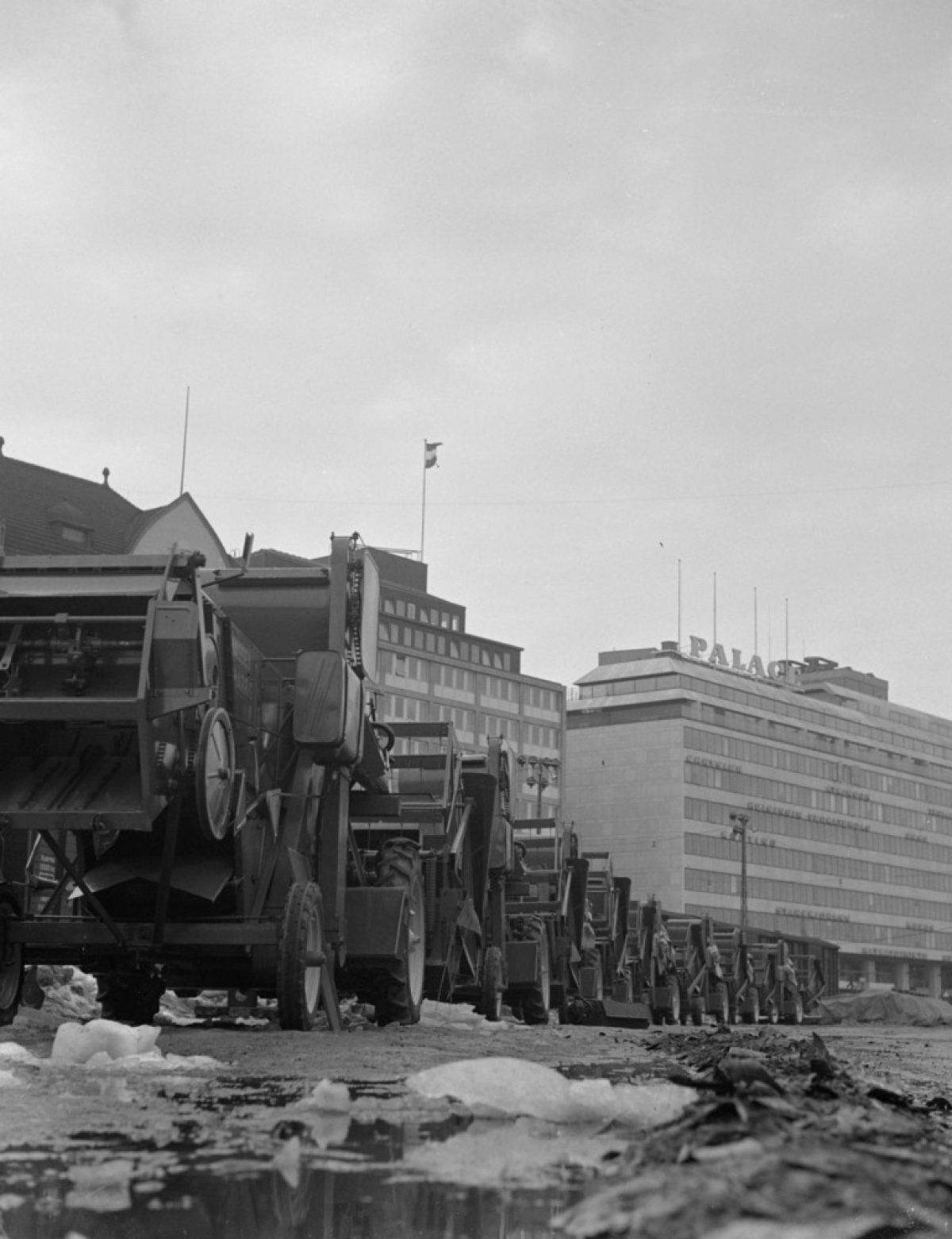