From printing plate to press photo

Back in the day, a printing plate was first prepared of each press photograph for the printing process.

Many boxes of printing plates that were used by the newspaper Maaseudun Tulevaisuus in 1935–1977 remain. What does a zinc plate tell us? Is a printing plate an object that tells us how a photograph ended up on the page of a newspaper? Or is it more about the photograph itself, in which case the subject matter depicted in the photograph is also important?
Most of the zinc plates from Maaseudun Tulevaisuus are wrapped in paper, with the photograph printed in the newspaper glued on top with bone glue. The date of publication is also sometimes written on the wrapping. The captions on the brittle paper are difficult to read.
A printing plate was the culmination of many people’s work. It was considered to be the original of a printed press photo. The films and prints could be disposed of as useless, but the printing plates could be retained for later use. The printing plates could also be melted for reuse. Metal was valuable, and a news photograph became old once the newspaper was printed.
Printing technology moved on to offset printing in the 1970s, and there was no more use for letterpress printing plates. They became a heavy problem, and newspapers disposed of many of their news photograph plates.

Writer Raimo Rajala knows how to make a print with a printing plate. He uses the old Heidelberg letterpress in the Finnish Labour Museum Werstas in Tampere.
Rajala unwraps one of the zinc plates from Maaseudun Tulevaisuus from its paper wrapping, cleans it and attaches it to the printing form. The letterpress presses the printing ink onto the paper: an old press photograph is recreated.
The passage of time can be seen in some prints, as some of the zinc plates have corroded over the years. Other prints come out well. Finally, he covers the printing plates in oil to protect them and wraps them up in silk paper.
The prints are digitised in the Press Photo Archive JOKA of the Picture Collections of the Finnish Heritage Agency, and they can be found via the joka.kuvakokoelmat.fi image service. 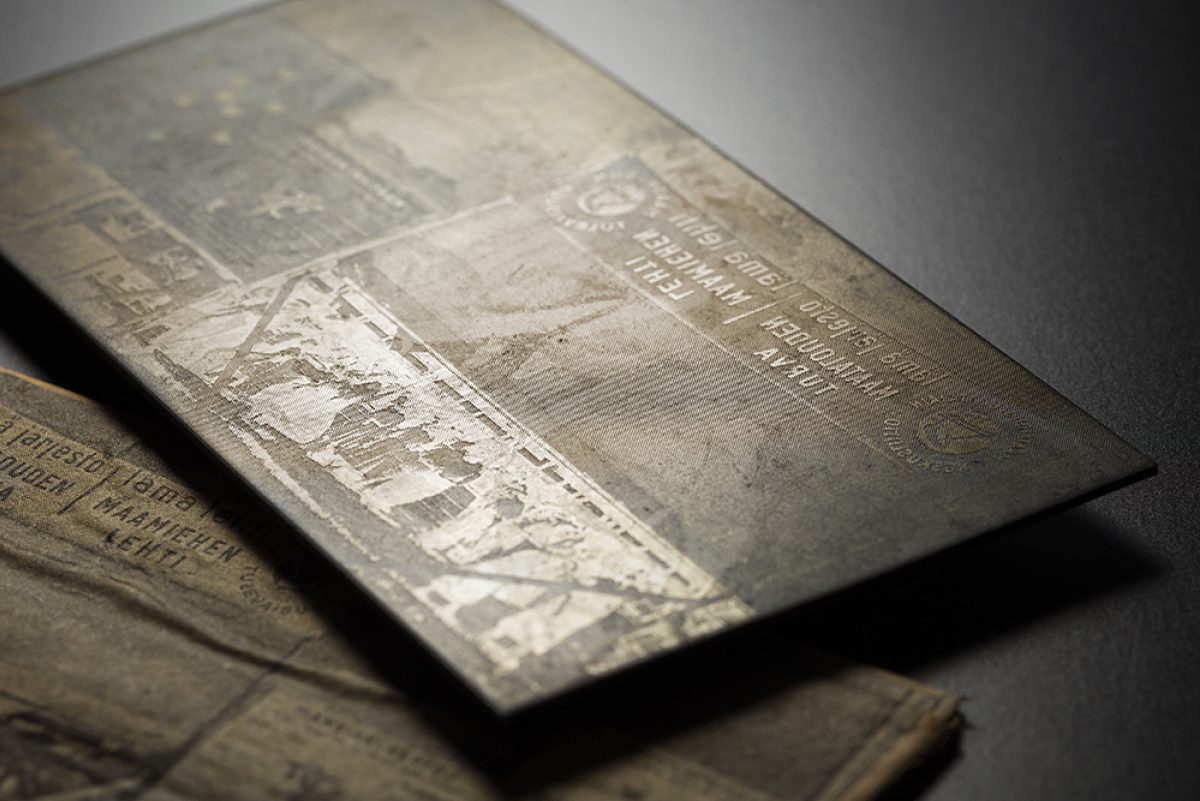