A Finnish soldier is looking at a Red Army propaganda poster in the recaptured Vyborg in 1941. The image has been cropped. Photo: István Rácz / Picture Collections of the Finnish Heritage Agency (KK5500:681)

War Through the Eyes of a Hungarian Photographer

‘For the fatherland and Stalin!’ declares one of the illustrated propaganda posters of the Red Army in a photo taken by István Rácz. A Finnish soldier is looking at a poster about the recaptured city of Vyborg in 1941.

The photograph can be viewed as a good example of war that was not only fought with weapons, but also with pictures. The changed role of the Continuation War as an offensive war made photographs important tools for warfare. Photographs also made the war more concrete for the people on the home front.

István Rácz was a Hungarian photographer who had had to go into exile due to his political views. He ended up in Finland at the beginning of the Winter War in 1939, and joined as a volunteer.

Rácz was not allowed to fight, but he began documenting the war. He worked as a war correspondent and reporter.

Rácz took pictures of devastated towns, Karelian refugees and Lotta Svärd volunteers in action during the Winter War. His pictures from this war were published in the Finnish magazine Suomen Kuvalehti, as well as in foreign newspapers.

During the Continuation War, Rácz was allowed to join in the fighting. After completing a short military training, he took part in the recapture of Vyborg in the late summer of 1941 as a member of the propaganda company, and later in battles in Eastern Karelia.

The propaganda company’s photographers were often professionals. Their task during the war was to document warfare from the military history’s perspective. The photos were used to distribute information to the home front about how the war was progressing, as the aim was to promote a positive mood back home. The purpose of the documentation was also to create and distribute propaganda material. Taking pictures was strictly regulated and required a personal photography permit. Photographs were also censored.

In addition, the production of certain types of visual material was encouraged. These subjects included Finnish soldiers during battle or a break, taking care of their daily chores, the progress of the war and the various military branches in action. Pictures were also taken from the reclaimed areas, landscapes and Eastern Karelian villages.

István Rácz’s pictures documented the events of 1941–1942 in Eastern Karelia in a comprehensive manner. He photographed the aftermath of the Battle of Vyborg and the badly destroyed urban landscape of the recaptured town, Karelian villages such as Veskelys and Paatinen, and the troops’ advance in Eastern Karelia. In addition, Rácz took many heart-warming shots of Finnish soldiers spending time in their dugouts, but also photographed fallen enemies and their destroyed war machines.

Some of Rácz’s pictures from the Continuation War have been published in the Finnish Heritage Agency’s kuvakokoelmat.fi service. 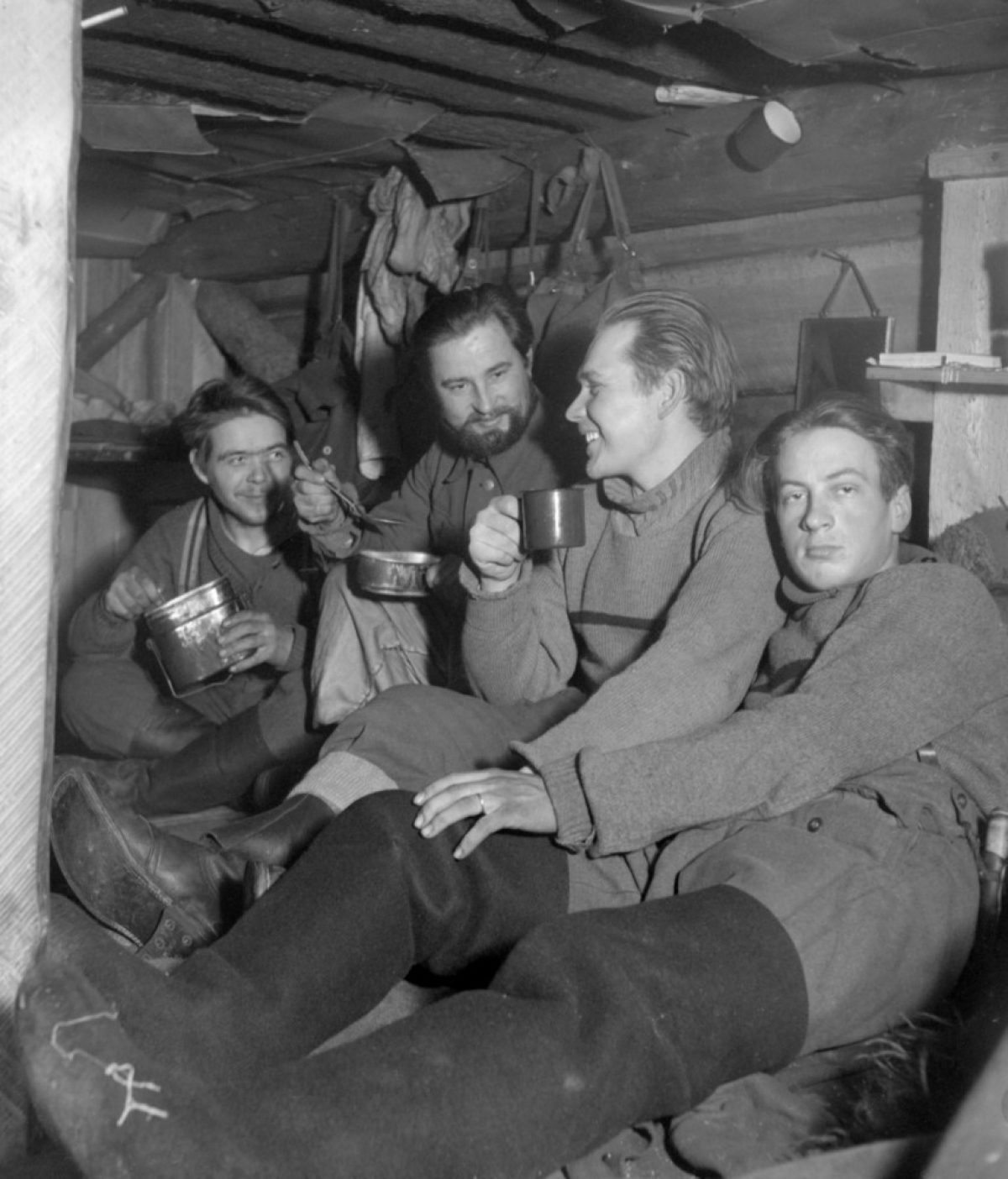 A mealtime in a dugout. Photo: István Rácz / Picture Collections of the Finnish Heritage Agency (KK5500:766)