The archaeologist, ethnologist, explorer, writer and photographer Sakari Pälsi (1882-1965) visited Canada.
‘I ate at the men’s table in the kitchen cabin. The guy next to me was drinking tomato broth with his food. The others were drinking beer. The food was good. I took photos around the place. The photos show that the work was performed in the Finnish way.’
This is how he described his visit to a lumbermen’s cabin. The place was located near the Anna Olli farm, on the bank of a backwoods river. It was in Ontario, near the port city of Port Arthur, which had a great deal of forest industry. Today, the area is part of the City of Thunder Bay.

The group photograph shows the workers’ reserved attitude – who on earth is this guy? – but also their joy and satisfaction. They enjoy their tobacco.
The photograph appeared in Pälsi’s book Suuri, kaunis ja ruma maa – Kuvia ja kuvauksia Kanadan-matkalta (A Great, Beautiful and Ugly Land – Photographs and Descriptions from a Trip to Canada), published in 1927. The book begins with a description of the sea voyage and continues with the ship’s landing in Canada. There were also Finnish emigrants on board who ‘had not been left in coops made of chicken wire’ during the entry inspection. All Finns who were on board were able to start their lives in the new land.

More than 12,500 of the residents of Ontario, Canada, were Finns at the beginning of the 1920s, and this number increased strongly until the end of the 1930s. In addition to forestry, they worked in mines, at various work sites and as farmers on farms they had established themselves, among other things.
The terrain and climate were similar to those in Finland, so there was no need to significantly change their working methods. The bow saw and axe were also used in Canadian forests in the 1920s.
At present, there are roughly 130,000 people with a Finnish background living in Canada.

Pälsi continued his photography and also wanted to instruct others in it. One of the ways in which he did so was by writing the book Näppäilkää hyviä kuvia – Käsivaraisen pikavalokuvauksen opas (Take Good Photographs – A Guide to Quick Hand-held Photography), which was published in 1930. The immortalisation of real situations and people is clearly visible in Pälsi’s photographs, which represent the ethnographic and documentary photography of their time at its best.
The photographs taken by Pälsi and other photographers who documented migration in the early 20th century also provide a topical point of comparison to the present day. The subject matter is explored at a pop-up exhibition on migrants, evacuees, immigrants and asylum seekers that is on display at the National Museum of Finland. 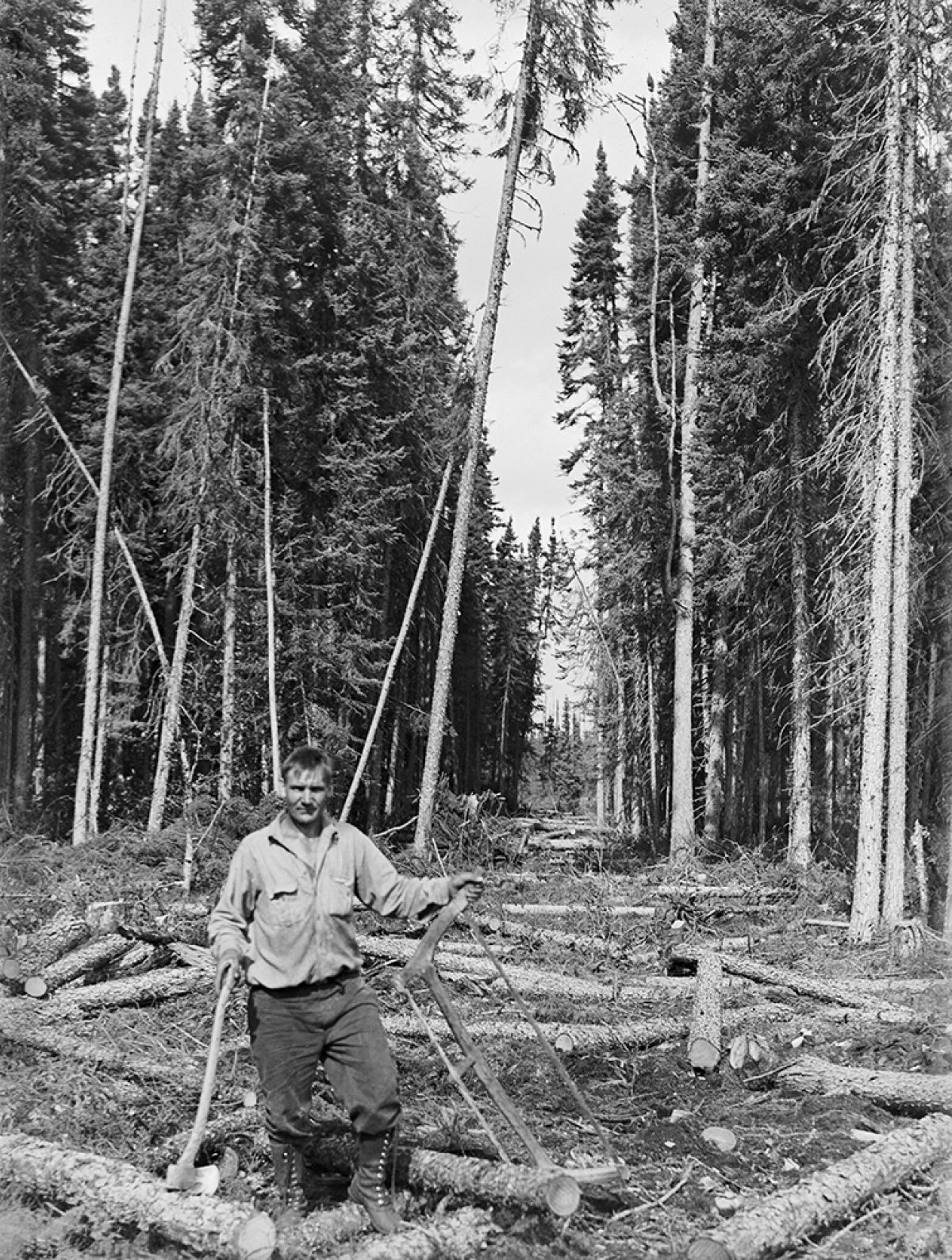