In July 1941, somewhere between the lakes of Tohmajärvi and Ladoga, a machine gun company lies still among the pines, waiting for the order to attack. The first battle, the baptism of fire depicted in the novel The Unknown Soldier by Väinö Linna, is about to begin. The novel was published in 1954 amidst controversy, making Linna a national writer.

In June 1984, Private Vanhala (Tero Niva) is standing about in the sunny pine forest, waiting. Next to him, Corporal Hietanen (Pirkka-Pekka Petelius) is leaning against a tree, waiting. About fifty men are lying on the ground in the wetlands, waiting. The wetlands and the hill in front of them are charged with explosives. A fire engine has been called on-site to watch the film crew’s back. The filming of The Unknown Soldier by Rauni Mollberg at the practice range of the Niinisalo Garrison in Kankaanpää was the first major photography job for press photographer Kari Pekonen, b. 21 September 1959.

“This is common for both war and filmmaking: first you wait, and then you press on like hell for a while,” says assistant director Seppo Heinonen in an article in the Iltalehti evening paper on 8 June 1984. A full spread was reserved for the photos and the article in the paper’s weekend issue. The film premiered on Finnish Independence Day in 1985.

Mollberg’s adaptation is often compared to Edvin Laine’s 1955 film adaptation of the same book. Battle-hardened soldiers compared their experiences to the book and the films. Fact and fiction, films, theatre adaptations and photos intertwine to form a cross-generational experience shared by a nation.

The black-and-white photos by Pekonen document a film shot in colour. “I tried to capture moments and avoid posing,” Pekonen says.

Mollberg is relaxing in the middle of the woods, surrounded by his crew. ”He’ll taunt others, grouch, lie in the wetlands, verbally tear slackers to pieces, joke, act like a loving father or an angry boss, pass water in the thicket, pace around nervously,” journalist Jorma J. Mattila writes in Iltalehti.

Pekonen says that, for a moment, he ended up alone with the director he admired. “After an awkward silence, I told him I had rather liked the film Siunattu hulluus directed by him. Mollberg smiled wryly at me. Some kind of ice was broken right away.”

Finally, a cloud floats in front of the sun. “Sound! Camera! Action!” Mollberg shouts. The silent forest is filled by rattling and crackling. Turf is flying high and the smoke stings the eyes. A deathly silence falls again.

After seeing the proofs of the photos taken at the filming location, artist professor and head of photography of the Uusi Suomi magazine Seppo Saves invited Pekonen to the Jäävuori 2 exhibition of the Finnish Society of Photographic Arts’ young photographers, held at photo gallery Hippolyte in Helsinki in 1985. “I suppose that job was also my ticket from photo technician to press photographer,” Pekonen says.

More press photos of the filming of The Unknown Soldier are available on the website of the Press Photo Archive (JOKA): https://museovirasto.finna.fi/joka. 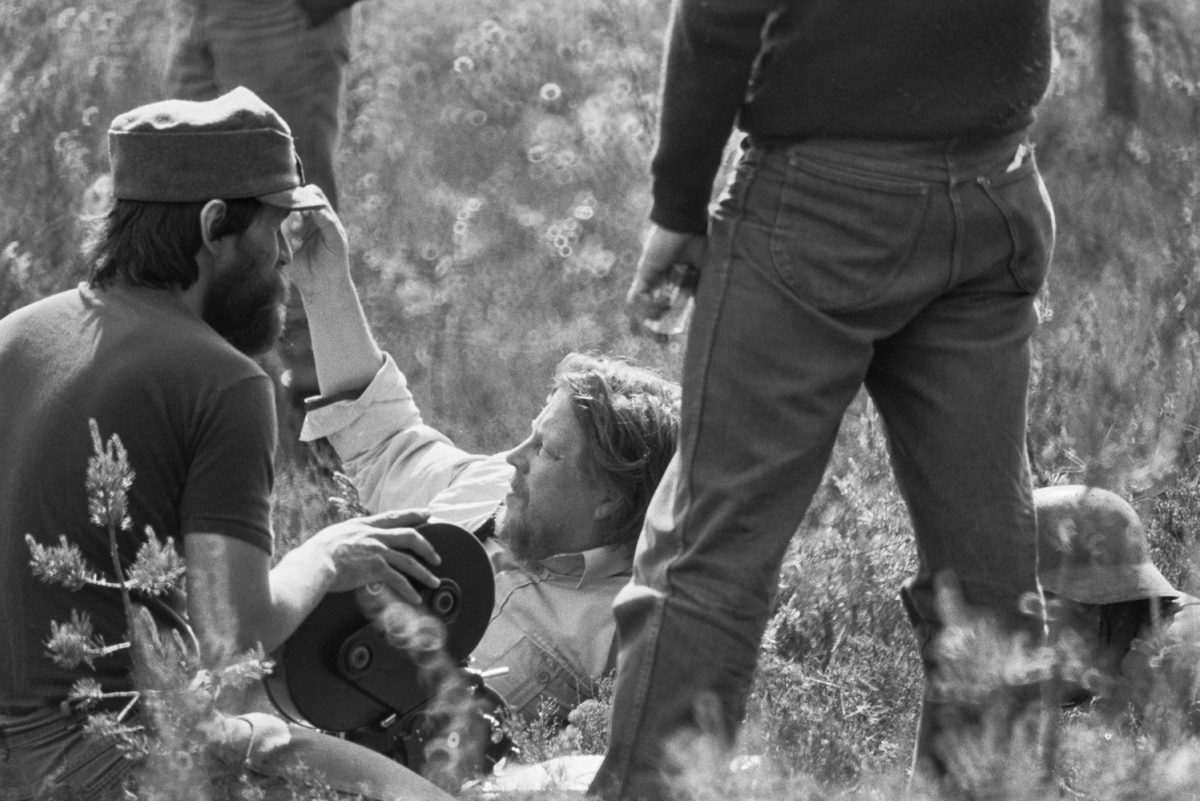 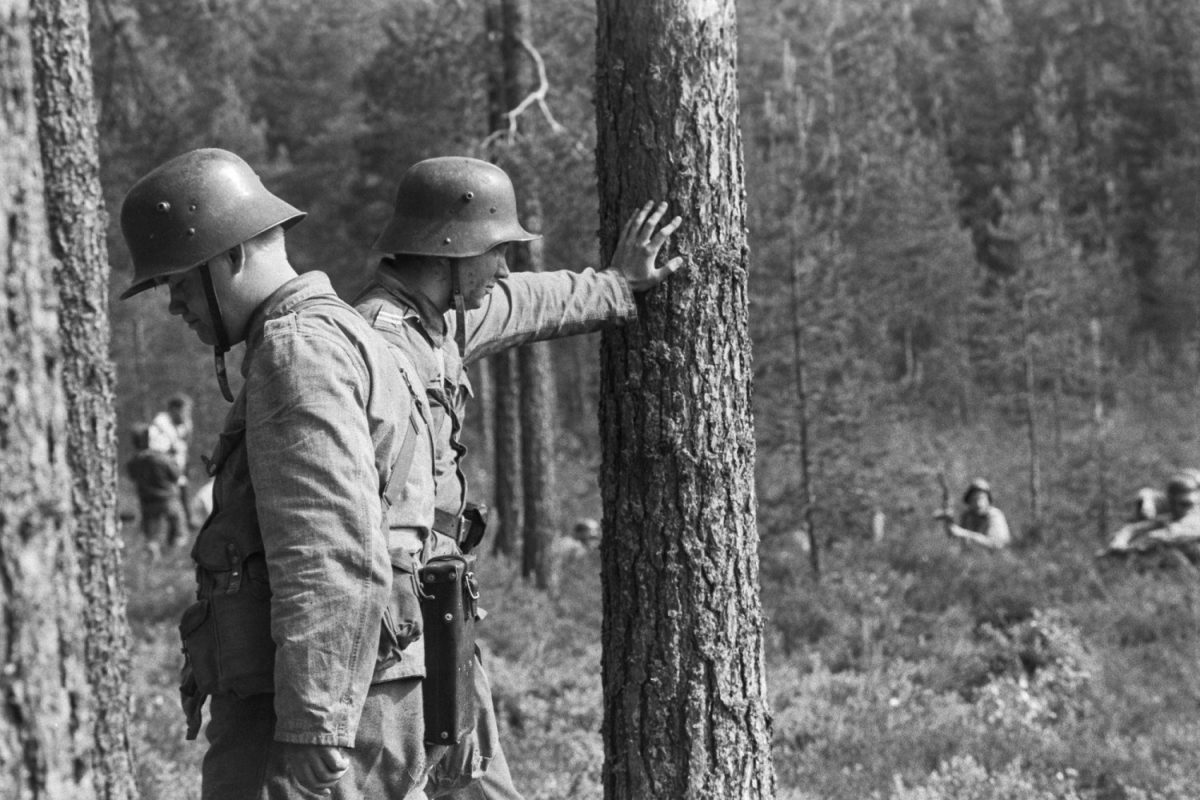 Princes in the Kingdom of Hartola in 1988

Esko Aaltonen documented the villages and residents of the Suur-Tammela...