Sometimes, working with photo collections is like being a detective. In certain cases, magnifying glasses are very useful in revealing small details in a photo that are actually ground-breaking clues about the photo’s origins. On the other hand, some details can lead you astray. The evidentiary effect of photos is relative, as is well known.

If you are lucky, there is some recorded information accompanying the photo, but this information should be questioned and checked just to be on the safe side. Missing names, dates and places need to be retrieved from a variety of sources. When it comes to press photos, any annals published and digital archives are very handy.

In most cases, the information can be found, but this time, it is kept under wraps – or somewhere else. Eight black-and-white negatives tell a story with major parts missing. The title of the series of photos dated August 1957 taken by photo journalist UA Saarinen is ‘female detective’.

In one photo, the detective and her assistant are peeking under a tarpaulin. Everyone is reaching to the left with their hands and their noses are pointed toward a specific location. The viewer’s eye is immediately directed to the same point, but it is impossible to see what is under the tarpaulin.

The next detail that catches the eye is a bright, glistening earring. The large white flower seems to emphasise the femininity of the detective, whereas the rest of her attire is outright masculine. The same arrangement is evident in the other photos. The earring is never hidden.

The lighting makes the situation even more dramatic. Strong contrasts emphasise certain parts of the photo and put less focus on others. There are things in the dark night that can be seen only by the protagonist but not anyone else.

Elsewhere, the detective is speaking with an elderly person. Once again, they are looking at something that is outside the photo. All lines draw the focus outside the shot. What a pity and how fascinating!

Maybe the purpose of the series is to illustrate a completely made-up story. Saarinen also used a narrow-gauge film, so the comic-like unfolding of the story was already familiar to him. On the other hand, it is possible that a real detective had requested these photos to illustrate her services. The events may have been staged.

Saarinen’s photos were published in various magazines, but his clients also included companies. In addition to news, Saarinen photographed people, events, products and advertisements. The wide variety of his portfolio is seen in the photos.

The collection includes another series of photos titled The female detective of Pori, which does not feature the same persons, however. Information is similarly scarce here. The only thing left to do is to put up a ‘wanted’ poster: Who is this detective? Where were the photos published? Is the story real? If you know the answer, let us know! 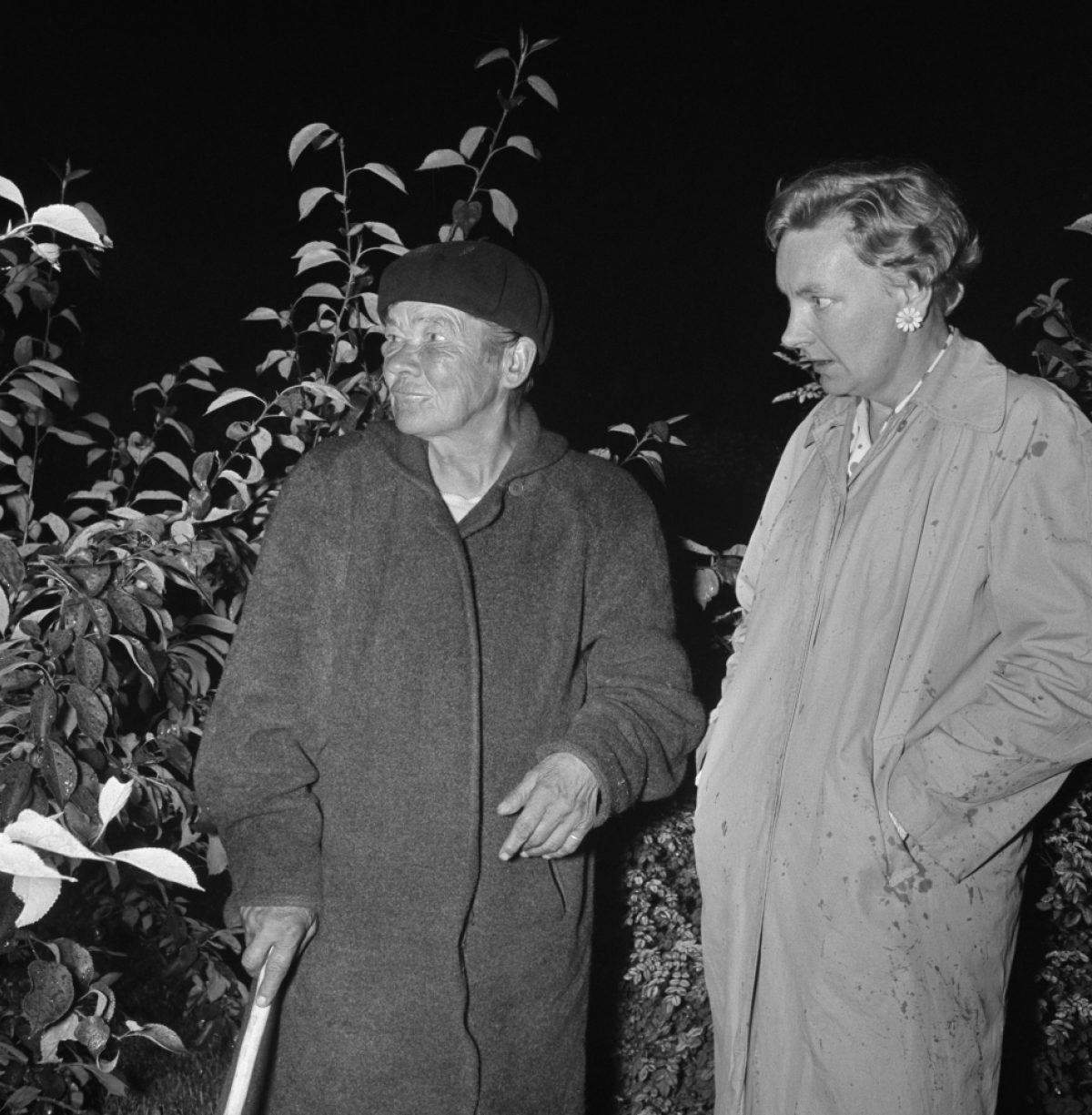