Aukusti Tuhka’s colour photographs take us back to 1950s aviation.

Graphic designer Aukusti Tuhka worked as a teacher at the Academy of Fine Arts and the University of Art and Design Helsinki in the 1950s In addition to this, he designed advertisements for companies like Paulig and drew postcards. Tuhka also designed the Olympic torch for the 1952 Games in Helsinki.

During World War II, Tuhka had been working as an illustrator and photographer for the propaganda company of Finland’s military. He was also eager to document the rebuilding phase, and was able to visit Vyborg during a study trip to the Soviet Union in 1954 and secretly photograph the life and buildings in the city.

Tuhka’s photographs from the 1950s include fascinating scenes and glimpses into Helsinki at the time, depicting themes that are still topical today. In 1954, Tuhka was at Malmi Airport, taking pictures of the air force version of the DC-3 used by the United States, the C-47.

The main building of Malmi Airport, completed in 1938, can be seen behind the aeroplane.

The future of the airport and the entire area has been a subject for hot debate in recent years, and emotions have been running high. The City of Helsinki intends to construct as many as 25,000 housing units in the area. The terminal building, representing functionalism, is protected, but without a functioning airfield the character of the buildings will also change. Hopefully, a solution can be found, securing the preservation of this nationally significant cultural environment.

Going back to the question about the plane in the picture from 1954, the answer is rather unexciting. The US Embassy had two planes permanently stationed at Malmi Airport for supply and other transportation purposes, which made them a common sight in Malmi. The C-47 aircraft type was developed in 1941.

The Picture Collections contain over 20,000 photographs taken by Aukusti Tuhka over a number of years, but only a few hundred of them are in colour. Colour motion picture film was developed at the end of the 1930s, but in the 1950s, it was still rarely used in Finland. Most professional photographers preferred black-and-white film.

Last year, Tuhka’s colour photos were digitised as part of the Picture Collections’ digitising project. These photos can be seen via the finna.fi and kuvakokoelmat.fi service. 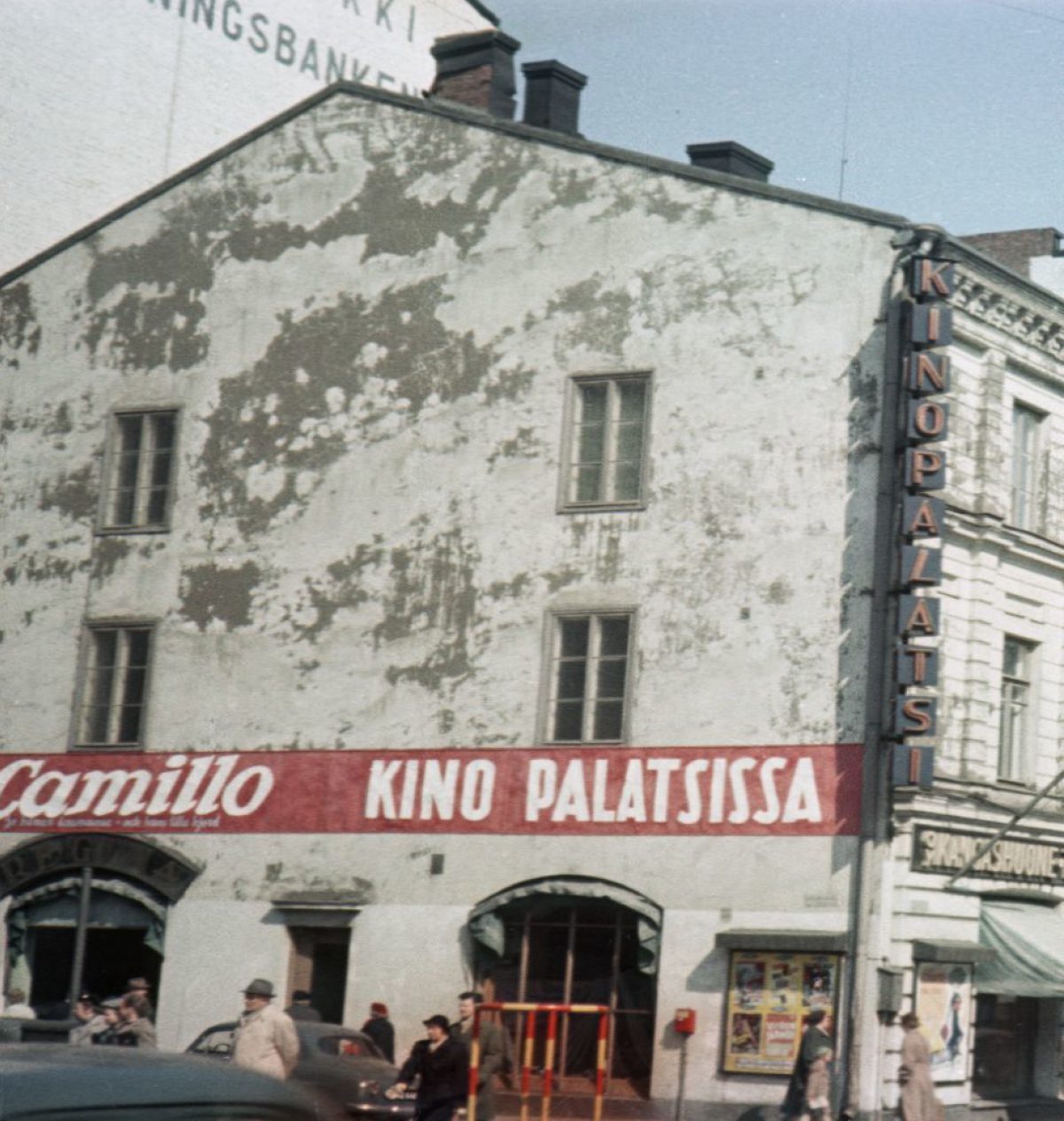 A film advertisement painted on the wall of Kino-Palatsi cinema for Le Retour de Don Camillo screened in 1954. The building, which used to stand at 39 Pohjoisesplanadi, was demolished in 1965, and the Academic Bookstore’s building, designed by Alvar Aalto, was constructed in its place. Photo: Aukusti Tuhka / Picture Collections of the Finnish Heritage Agency (HK19700629:883.22) 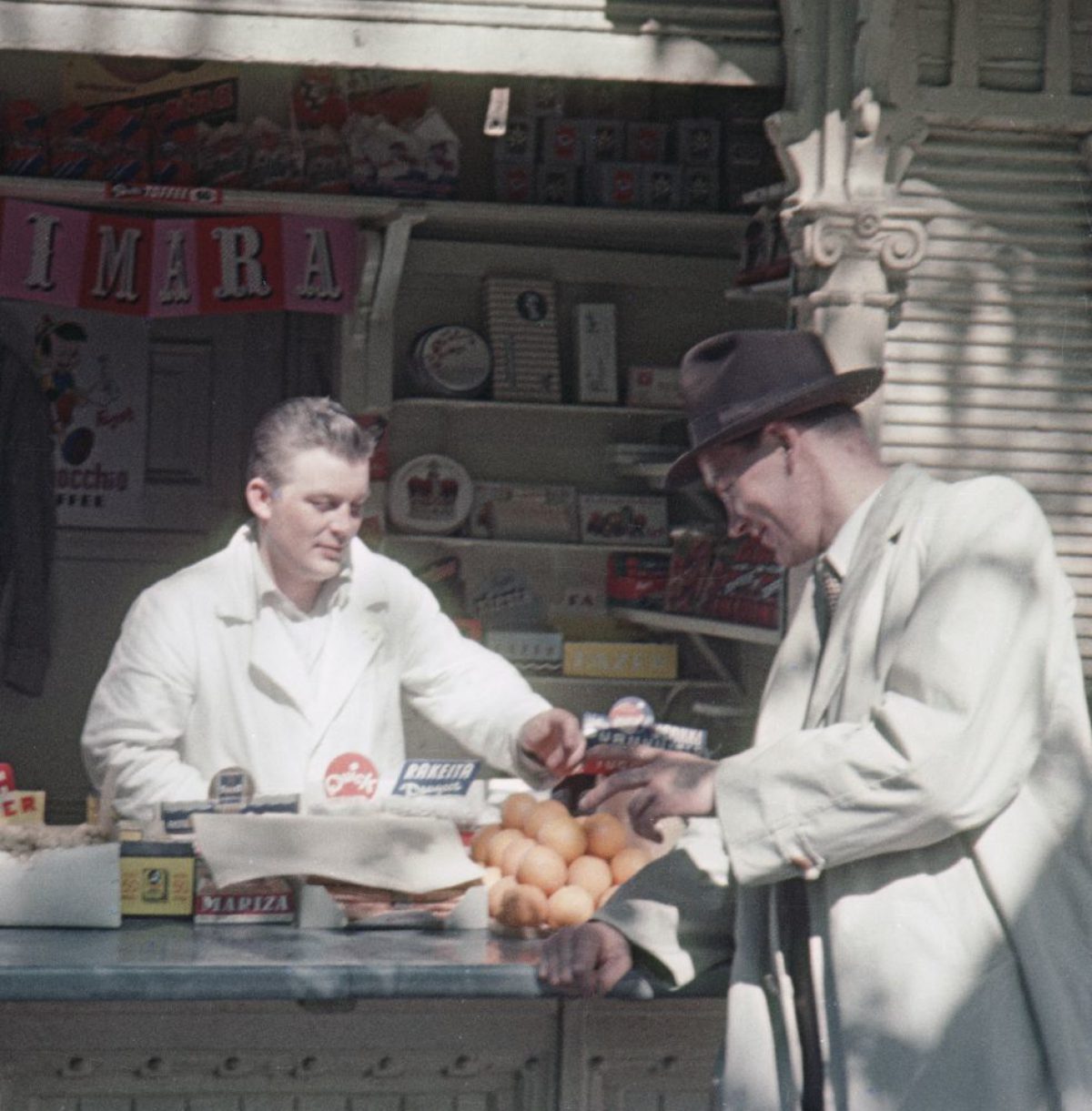