When the wall that had separated the two Germanys came down 30 years ago, the streets were crowded with celebrating people. Press photographer Hannu Lindroos was there to record the end of Europe's division.

On a Friday morning, 10 November 1989, Checkpoint Charlie in Berlin is busy. An endless line of people in Trabants and on foot are travelling past the East German border guards towards the West. On the western side of the Berlin Wall, people coming in from the East are greeted with cheers. It is the first day after the Wall fell. The border of the German Democratic Republic is open to the West.
The Berlin Wall was built in 1961 to stop East Germans from defecting to the West. 28 years later, it was opened for the same reason. The Cold War began to loosen its grip on Europe at the end of the 1980s, but the leaders of East Germany continued to view reforms as negative. The East German people felt frustrated with their socialist administration, and several demonstrations were held during the autumn. In 1989, more than 200,000 East Germans crossed the border, either legally or illegally. This had to be stopped.

An yet it came as a surprise when the Wall was opened. When, on the evening of Thursday 9 November, the leaders of East Germany announced the new freedom of movement, large crowds immediately began gathering by the Wall separating the two sides of Berlin. The border guards were unable to hold back the people at the border crossings and allowed them to go through. Tens of thousands joined the celebrations that lasted through the night on the western side. Some climbed up on the Wall and began to hammer it into pieces.
That same night, the news about this reached Helsinki. Journalist Timo K. Anttila and photographer Hannu Lindroos from Suomen Kuvalehti took a morning flight to Berlin to witness these historic events. Lindroos first went to photograph the border crossing, and then he moved to the shopping boulevard Kurfürstendamm in West Berlin. The shops stayed open late into the night. People were swarming in stores selling western products and queueing to buy fast food. Tourists from East Germany were interested in electronics, cars and food.

An article in Suomen Kuvalehti No 46/1989 says that the Federal Republic of Germany gave each East German visitor a hundred D-Marks as a welcome gift. Some shops ran out of bananas and mandarins. In one of Lindroos's pictures, an East German family are standing on the street, staring at the neon lights. The West must have looked wonderous to them.
Photojournalist Hannu Lindroos donated his collection of 500,000 photographs to the Finnish Heritage Agency's Press Photo Archive JOKA. Lindroos is an award-winning news photographer and a highly regarded sports photographer, and he has taken pictures for press photo agency Lehtikuva, the newspaper Helsingin Sanomat and the magazine Suomen Kuvalehti, among other prestigious Finnish institutes. His collection is a recording of some of the highlights in political history, culture and sports from the 1960s to the present day. 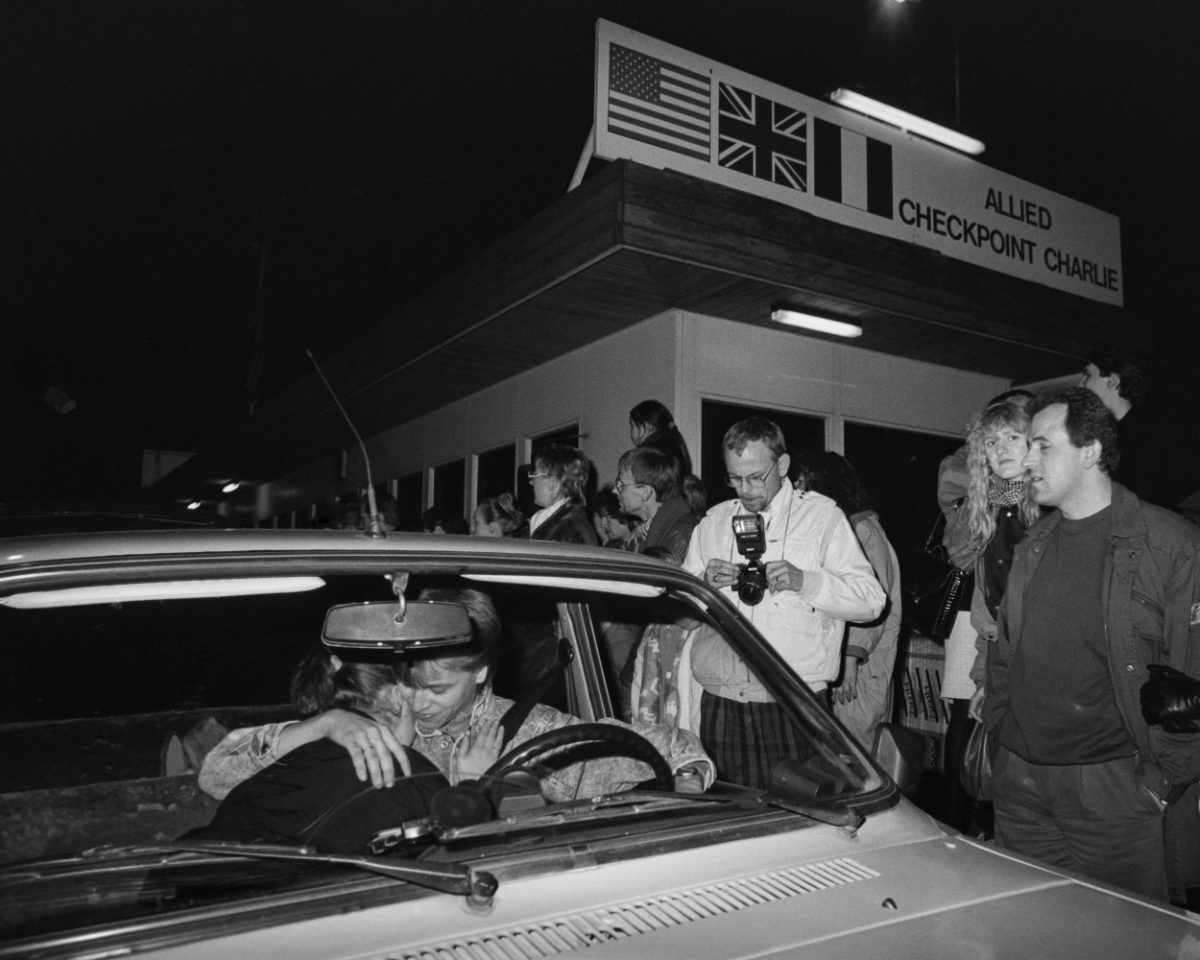