The Public and the Hidden Finland

The Public and the hidden Finland is on display at the National Museum.

From tar burning to Terrafame, from circulating schools to cuts in education, from racial hygiene to the welfare state, from war to the social welfare and healthcare reform, from well-behaved citizens to an unruly nation...

The Finnish Heritage Agency’s exhibition the Public and the Hidden Finland focuses on the history during Finnish independence. The exhibition consists of over 100 photographs. They offer a view into the formation of Finnish society through six themes: education, war, race, equality and democracy, people’s relationship with nature, and community spirit.

These themes reflect the traditional focal points of Finland’s country image: how have we perceived our own identity over the years and what sort of an image of our country have we conveyed abroad? Alongside the well-being and success, the exhibition also presents phenomena we have preferred to forget and hide during our history.

The exhibition highlights the diversity of our society. Throughout our independence, Finnishness has included elements from several ethnicities, language groups, religions, cultures and identities, whilst simultaneously being socially divided. We can see similar challenges in our own time, as well, such as racism and social exclusion.

The images of the exhibition are focused on people. The more extensive historical trends are often seen from ordinary, eventful angles.

For example, during the Continuation War, an unknown photographer recorded peaceful coexistence: on a farmyard in Kymenlaakso, the family’s son is posing for the picture with a German soldier and a Soviet prisoner of war. In another photo that is from 1955, family members have gathered in the drawing room of a wealthy Romani businessman, ‘the Gypsy King’ Kalle Hagert.

Drama and the birth of an environmentalist movement are the themes in a photograph from 1979, in which the police are forcibly removing nature activists from Koijärvi.

The exhibition showcases the works of the most influential newspaper photographers and documentary makers, such as UA Saarinen, Martti Brandt, Helge Heinonen, Pekka Kyytinen, Eeva Rista, Aarne Pietinen and Teuvo Kanerva. It also includes a large number of pictures from private individuals. The exhibition has a lot of previously unpublished photographic material.

What will Finland look like in a hundred years? The exhibition includes a video installation, which is recording the modern-day country images from Finland for future museum visitors.

The installation is based on the material from the Kamera magazine’s Photographer of the Year 2016 competition, out of which the Picture Collections of the Finnish Heritage Agency has selected 100 photos as inspiration and focal points for the image collection. The pictures of the Kamera magazine are projected daily on the video screen in the exhibition hall.

Everyone can join in the installation by uploading their pictured to Instagram with the hashtag #Finland2117.

You can visit the Public and the Hidden Finland exhibition at the National Museum in Helsinki until 14 January 2018. 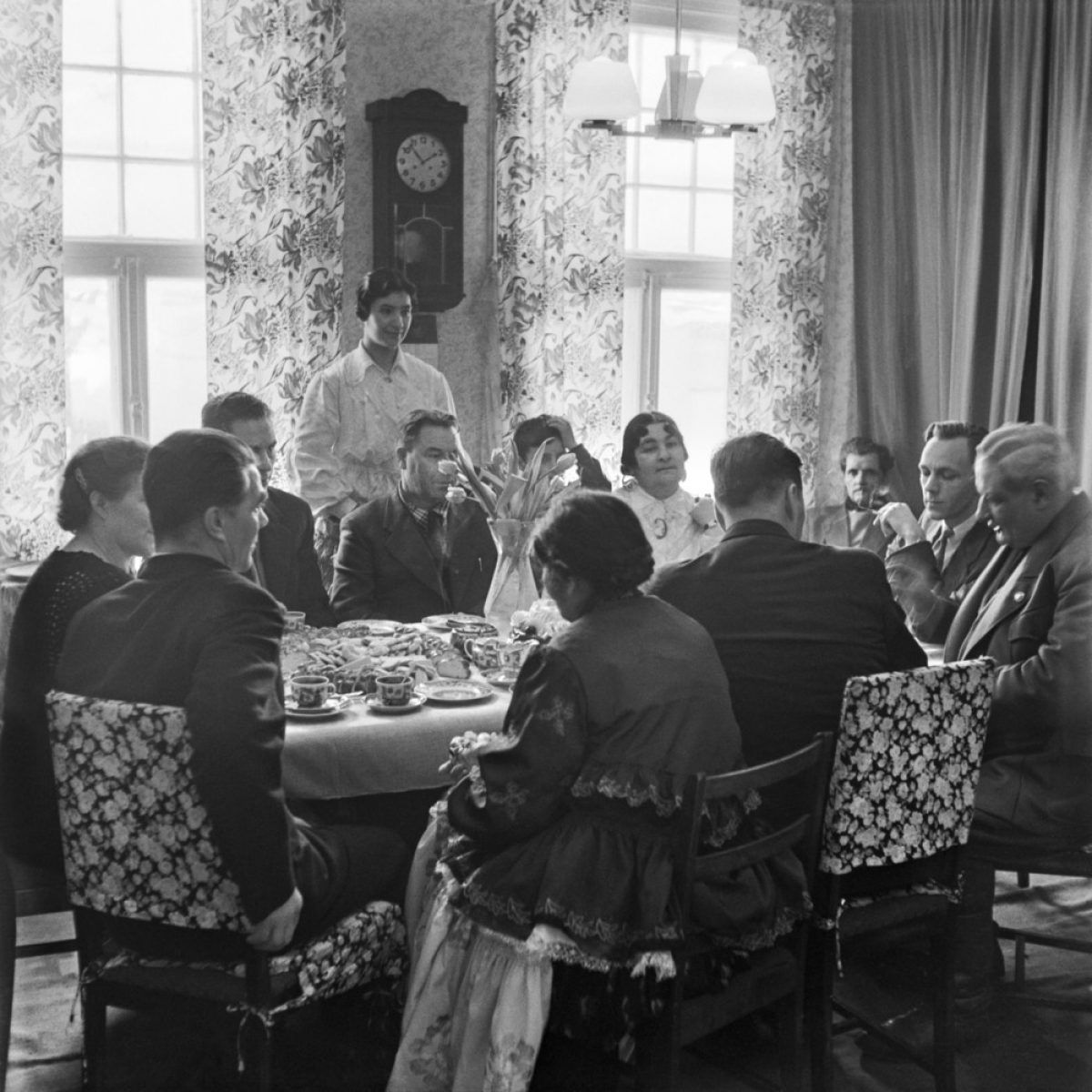