Wartime excursions to the song lands of the Kalevala

The fighting had ceased in the region of Viena Karelia. The Continuation War had just entered its position warfare stage in the late summer of 1942.

The soldiers at the front had time on their hands to spend on handicrafts and building dugout villages. They also got the chance to take leave to visit their families. The de-escalation of hostilities opened up the opportunity for researchers to visit East Karelia on the Finnish side of the front line.

One such researcher was Lieutenant Väinö Kaukonen, who had extensively studied Finland’s national epic, the Kalevala. He had just completed his PhD a few years before, in 1939, writing his doctoral thesis on the composition and birth history of The Old Kalevala, the first published version of the epic.
Now, the lull in the fighting gave him an opportunity to follow the footsteps of Elias Lönnrot to the poetry villages of Viena and meet the people who had stayed behind in the area despite the war.
Kaukonen made two trips to the poetry villages: the first in August-September 1942 and the second, a three-month trip, the following summer, spending part of the time accompanied by his travelling companion Vilho Uomala.

During the Continuation War, the only country supplying Finland with film was Germany, and as the war continued, supply problems increased. Luckily Kaukonen managed to procure some film before his trip, allowing him to photograph the landscapes and buildings of Viena Karelia and the people he met there.
Kaukonen even got to take some of his photographs on colour film, which was still rare at the time. During the trip between Suomussalmi and Valkeajärvi, he also got to photograph the area from a plane.
Kaukonen met a number of poem singers during his trips, recording as many as 12,000 verses of poetry and information about poem-singing families. Having read Lönnrot’s travelogues, Kaukonen knew that in the village of Vuonninen Lönnrot had met poem singer Ontrei Malinen, who had recited several long, narratively consistent poems to him. Now, a hundred years later, Kaukonen got to ask Ontrei’s great granddaughter, poem singer Okahvie Malinen, to sing to him, giving him the chance to hear newer versions of the poems that Lönnrot had noted down from Ontrei.

Väinö Kaukonen was born in Kuopio in 1911. He made it his life’s work to research the cultural history of the Kalevala and Elias Lönnrot, and he has been characterised as the foremost authority on the Kalevala.
Kaukonen served as a lecturer in Finnish literature at the University of Helsinki in 1956–1962 and as an assistant professor from 1962 onwards. In the 1950s, he also participated in the building of cultural ties between Finland and the Soviet Union, representing Finland in a committee that prepared an agreement on scientific and technological cooperation between the two nations. This agreement made it possible for Finnish researchers to make trips to Viena Karelia once more.
Kaukonen also got to travel to the area again himself in 1966 and 1968. Even after retiring from his assistant professor position in 1974, Kaukonen remained a prolific writer all the way up to his death in 1990.
The material photographed by Väinö Kaukonen in Viena Karelia in 1942 and 1943 is part of the Picture Collections of the Finnish Heritage Agency. Some of the pictures have been digitised and can be viewed on the Kuvakokoelmat.fi and Finna services. 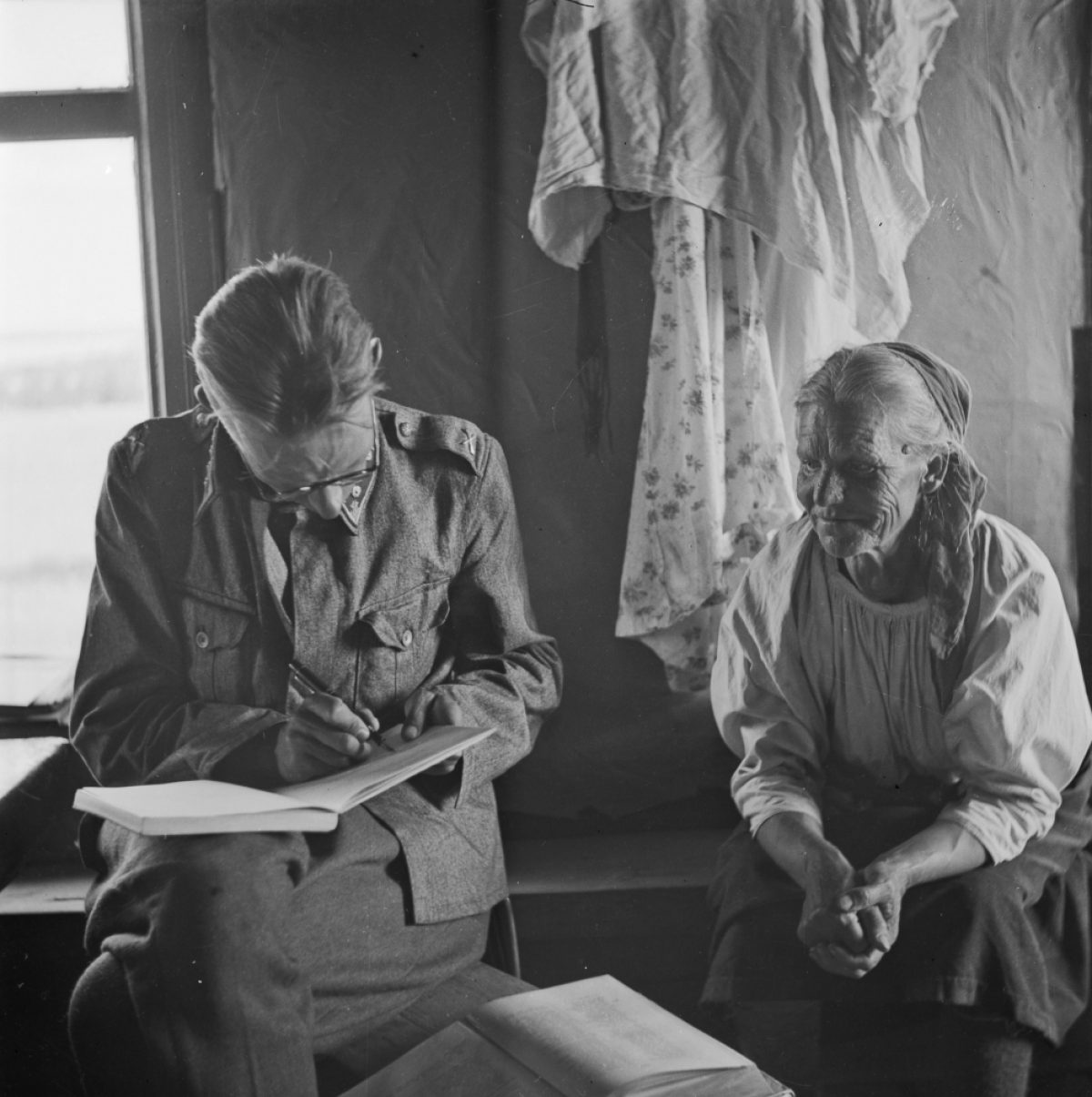