Samuli Paulaharju photographed the everyday life of peasants at the beginning of the 20th century.

Photographs taken by Samuli Paulaharju have been digitised by the Finnish Heritage Agency.
Paulaharju’s photograph collections comprise photographs taken during his interview and photography trips to Pohjanmaa, Karelia, Kainuu and Finnish Lapland. He also took photographs in the Cap of the North.

Paulaharju’s interview and photography trips mainly took place in 1900-1942 around school summer holidays. He took photographs in no less than 800 localities, and his travels spanned roughly 80,000 kilometres. He took more than 8,300 photographs during his collecting expeditions.
Paulaharju was a self-taught photographer who developed his own negatives. The negatives are kept in the Picture Collections of the Finnish Heritage Agency. The collection includes almost 1,500 digitised photographs.

Paulaharju’s photographs tell us about the history of settlements, the development of land cultivation, tar burning and about the life of peasants across Finland in general. The photographs are also highly illustrative of the regional differences in building culture and occupational practices.
Paulaharju’s appreciation of craftsmanship is visible in many of the photographs that show artisans, blacksmiths, cobblers, carriage makers, women and children carrying out their daily tasks. The photographs of people convey Paulaharju’s ability to create a confidential relationship with the people he photographed – the photographs exude a calm and natural atmosphere.
Paulaharju’s appreciation of artisans originated from his own training as a carpenter and his family heritage. Paulaharju came from a family of carriage makers. To him, crafts were artistic products.

Samuli Paulaharju was born in Kurikka in 1875 and died in Oulu in 1944. He taught woodwork and art at the Oulu School for the Deaf, maintained the collections of the Museum of Oulu and worked as a writer, documenter of folk traditions and as an excellent photographer. Paulaharju was granted the title of professor in 1943.
The digitised photographs of Samuli Paulaharju will be published by the end of 2016 in Finna at museot.finna.fi. 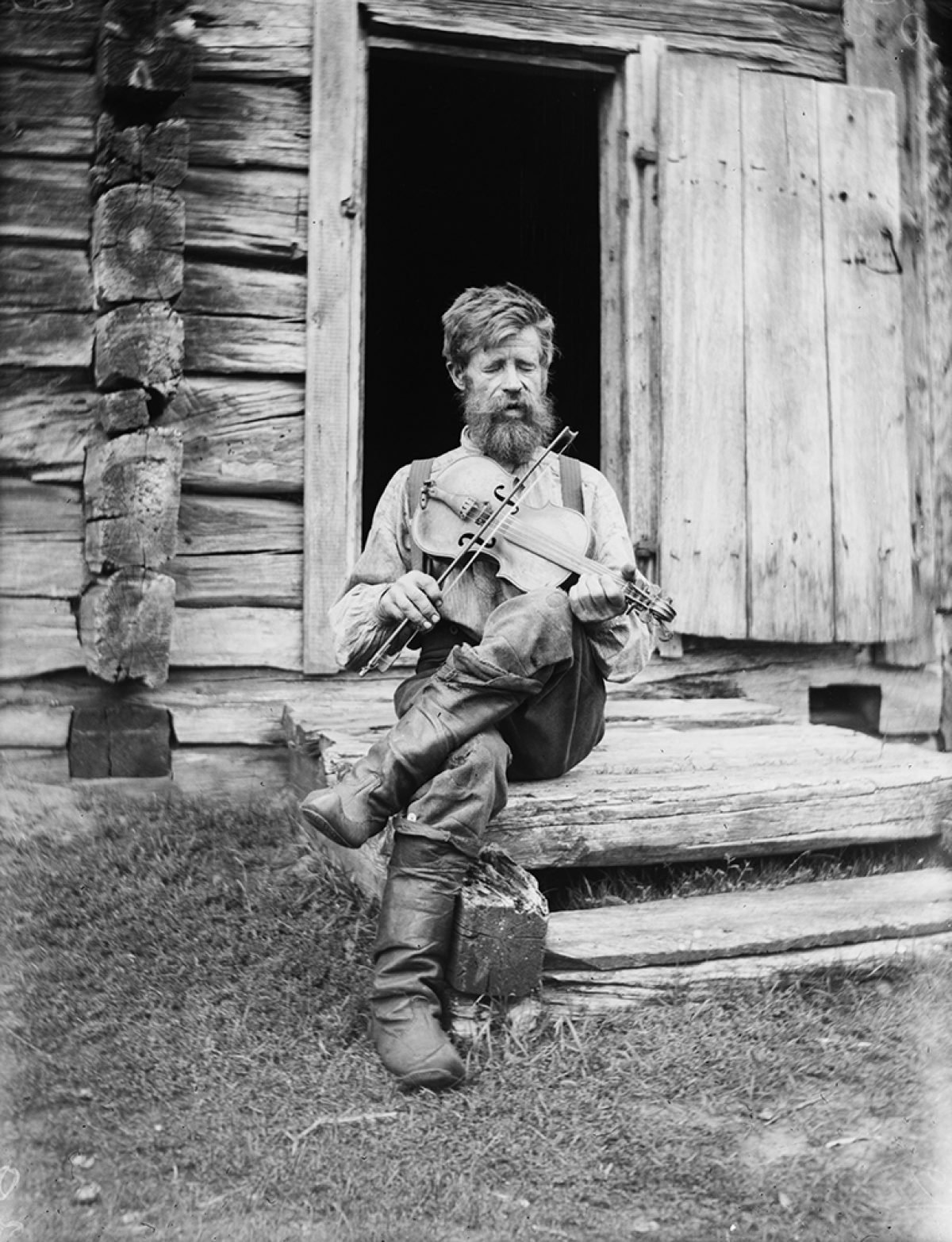