In 2015, the Picture Collections of the Finnish Heritage Agency received a donation of about 160,000 photos from the era of the film camera, from the Finnish Evangelical Lutheran Mission. The most valuable materials of the collection are the photos from China and Ovamboland in Namibia.

FELM was established in 1859. The first missionaries were recruited in 1868 and work in Ovamboland (German South West Africa) began in 1870. In 1902, FELM became active in China. Their operations expanded to dozens of countries later on.

The missionaries were enthusiastic photographers, even though equipment was not always readily available. The most passionate photographer of the missionaries was August Pettinen, who travelled to Ovamboland in 1886. Photos in the 1890s were still individual curiosities. The largest portfolio of photos was managed by Reverend Hannu Haahti, who travelled to Ovamboland in 1911–1912 and China in 1913–1914 as the deputy director of FELM to oversee the Mission’s operations. He took “blink of the eye pictures”, as he put it.

Haahti kept a photo journal and marked the dates on the bottom corner of the negatives. He had an exceptional ability to identify significant moments. The photos taken by Haahti in China are rare pieces of photography from this era. Haahti took pictures on the streets in the middle of crowds, so the pictures did not have fine-tuned compositions, unlike the majority of photos taken back then.

The countries where the mission took place did not always welcome photography, however. Haahti tells a story of how the missionary Pettinen was about to take a photo of a great tree, where a holy snake was believed to live in, near a building in Ondonga, Ovamboland at the end of the 1880s. A lookout did not let him take the photo as he believed that photographing the sacred tree could cost the lookout his life. Haahti visited the location a few years later and was allowed to take the photo. There is now a Christian school under this tree, which was attended by the lookout’s children.

Ethnology and geography were interesting subjects throughout the world in the 1890s, and photography had lots to contribute to these fields. However, there are missionaries who are not known to have taken photos. Martti Rautanen was introduced to different techniques of photography in the spring of 1892 with the assistance of photographer Daniel Nyblin, but he opted for linguistics and translating the Bible and left photography to younger missionaries.

The photos of the Mission’s collection tell a story of the Mission’s history, different cultures and contacts between Finnish people and other cultures. The photos show remarkably well how the times have changed. For example, the history of the Mission in China includes photos from the power struggles in the early 1900s to the Communist Revolution in the 1950s. The purpose of the photos was to let people in Finland know about the conditions of where the Mission was active. 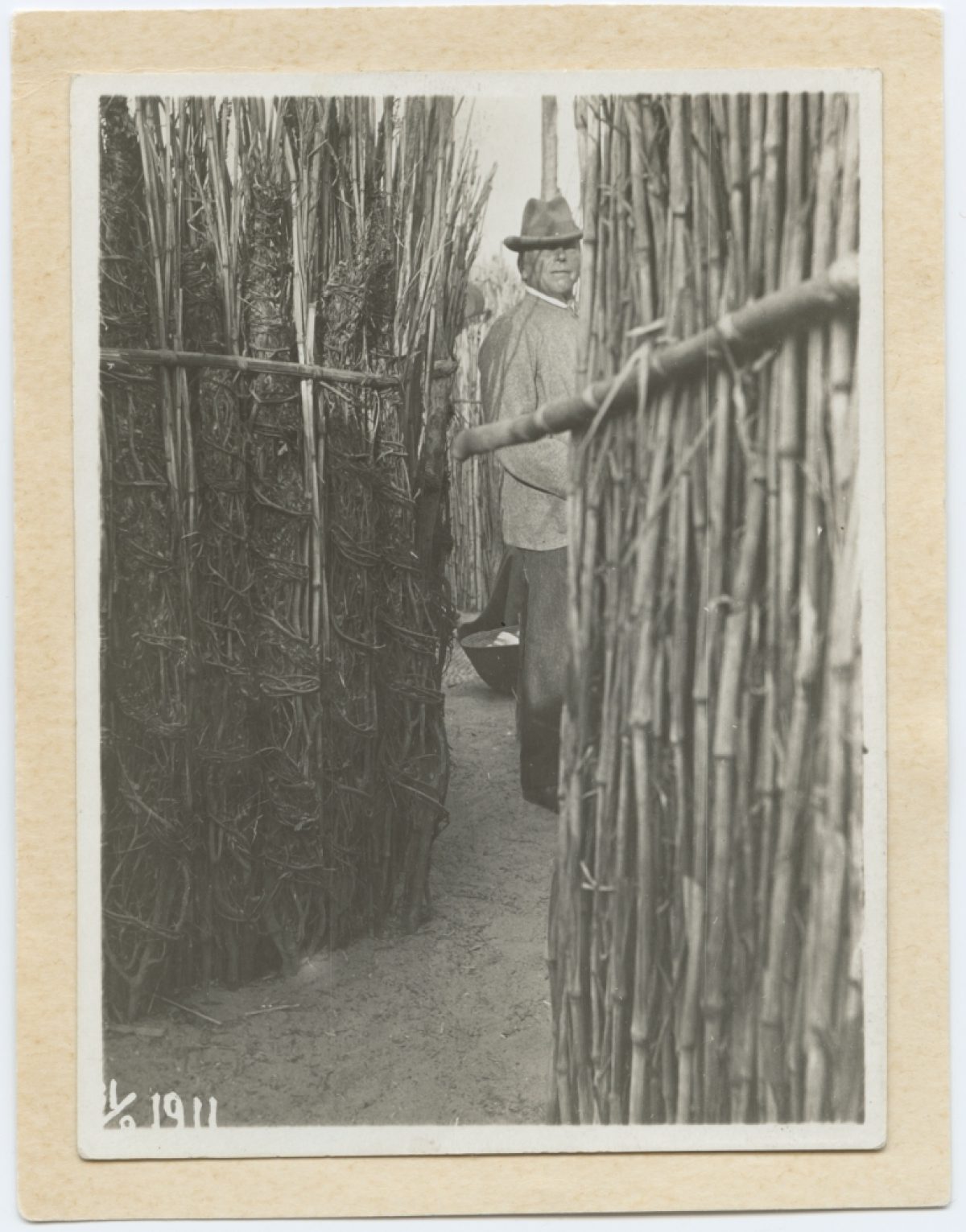