A freeboard being installed onto an aspen dugout canoe in Ahlainen, 1935. Photo: Eino Nikkilä / Picture Collections of the Finnish Heritage Agency (KK1976:97)

Through the eyes of an ethnologist

Eino Nikkilä photographed the Finnish countryside in the 1920s–1940s.

In 1904, the Nikkilä household in Pirkkala, in the region of Ylä-Satakunta, celebrated the birth of a baby boy, Eino. At the age of 17, Eino was given a 9x12 Zeca folding camera, introducing him to the world of photography. In 1925, following the completion of his matriculation examination, Eino enrolled in the University of Helsinki and started studying ethnology.
At university, Eino Nikkilä registered as a member of the Satakunta students' association. In 1929, the association started organising trips to its members’ home regions. The purpose of these excursions was to record the disappearing ways of life of rural Satakunta, especially those of the parishes of northern Satakunta, way out in the wilderness.
Nikkilä was among the most enthusiastic participants of these trips. He served as a photographer and often headed the excursions as well, in addition to which he also held photography courses for his fellow members.
The subjects of Nikkilä’s photographs consisted of buildings, from both indoors and out, objects, everyday work and landscapes. He also took series of photographs showcasing various working methods.

In 1934, Nikkilä sent an enquiry concerning dugout canoes to the newspapers of the Satakunta region. With the help of the responses, he was able to photograph and document the making of an aspen dugout canoe.
The aspen dugout canoe, a type of ancient watercraft carved out of a single piece of wood, was known throughout the regions inhabited by Baltic Sea Finns. A good aspen dugout canoe was said to glide on the water like a living spirit, but they were notoriously difficult to keep upright.

From 1936 onwards, Eino Nikkilä worked as a curator for the National Museum of Finland. As a museum official, he travelled extensively throughout the Peräpohjola region of Finnish Lapland, both before and after the wars, taking photographs.
During the Continuation War, Nikkilä was assigned by the Finnish Archaeological Commission to serve as a clerical officer at the headquarters of the East Karelia military administration, more precisely their education department. During his service there, Nikkilä prepared instructions on the protection and collection of cultural artefacts and held presentations on the subject on the Äänislinna radio station, in accordance with the prevailing ideology of the time. In 1942–43, Nikkilä photographed the Ludic areas of northern Aunus and supplemented the written materials collected from the area with ethnological picture materials.
In connection with the capture of Petrozavodsk, the Finnish war economy headquarters’ war spoils office took possession of 25 shelf metres of photographs and photographic plates from a local museum. By then, the war spoils archive had also acquired older picture materials and a large collection of Bolshevik propaganda pictures from elsewhere in Petrozavodsk and East Karelia. Eino Nikkilä contributed to the organisation of the transfer of these materials across the border to Finland.

After the wars, Eino Nikkilä became a full-time teacher at the Church Training College in Järvenpää. However, he never gave up photography. As Professor of Ethnology Niilo Valonen aptly states: Materials – whether a good photograph or an object, a note captured from the mouth of the people or a clear observation – endure “until the end of time, like an aspen fence and a juniper pole.”
Eino Nikkilä’s photographs can be viewed on the Kuvakokoelmat.fi service. 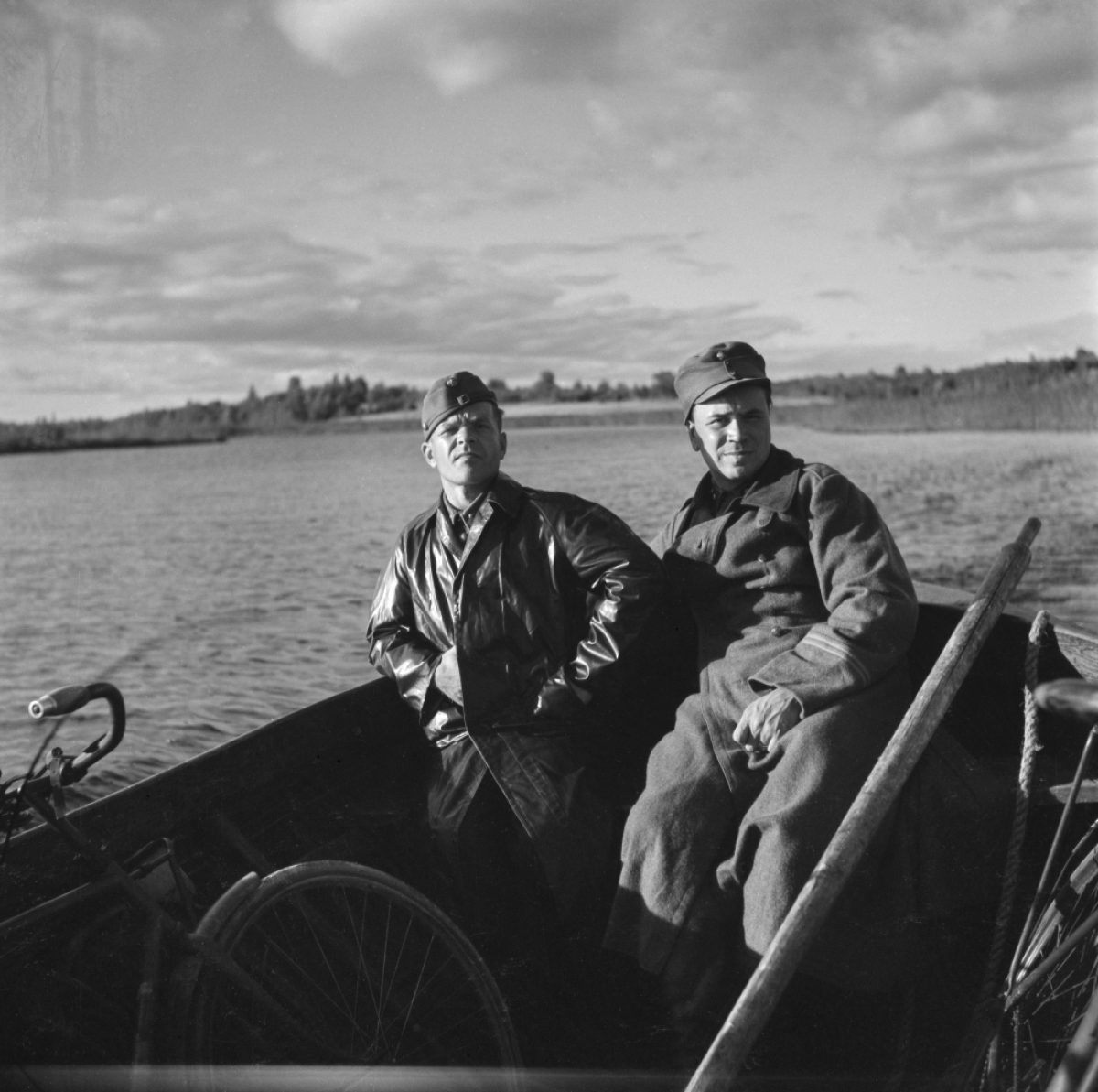