The era of the Count

Count Louis Sparre took photos in Kainuu and Russian Karelia over 120 years ago.

Researcher Riitta Raatikainen discovered 22 glass plate negatives of Kainuu and Russian Karelia in the photo collection of the newspaper Kaleva. The photos tell a story of life in the 1890s.

The glass plate negatives include photos of tar burning in the Kajaani region, the town of Kajaani and the tar boats passing through the town in 1893–94. Smoke burns the eyes as the keepers of the tar pit fan the flames. The smell of tar is everywhere when it is being barrelled. The tar boats are pushed up the River Petäiskoski and pulled along the canals of the River Kajaaninjoki with poles. The rapids of Ämmänkoski are strong.

Tar trade was an important source of income in Kainuu at the end of the 19th century. Tar was burnt in pits in the backwoods. In the summer, the tar barrels were loaded onto boats that navigated through the rapids to Kajaani and on to Oulu, where they were loaded onto ships and exported. The boatsmen had to go back against the current and up the strong rapids. In 1847, the canals of Ämmäkoski and Koivukoski were built in the River Kajaaninjoki, which flowed through the town of Kajaani, to make it easier for the tar boats to navigate the river.

The original photos of Kainuu and Russian Karelia were taken by an Italian-Swedish painter, Count Louis Sparre (1863–1964). Remarkably, the photos are still intact and available to us.

In 1938, Sparre’s photos were re-photographed from the Count’s album onto glass plate negatives. The newspaper Kaleva printed the new photos and included them in an album. H. W. Claudel (1882–1947), a Kainuu-based police chief who exchanged letters with Sparre in the 1930s, added information about the photos to the prints, according to Raatikainen’s book Suomen itä valokuvissa.

Axel Gallén (known as Akseli Gallen-Kallela from 1907 onwards) invited the 26-year-old Count Louis Sparre to draw and paint in Finland in the summer of 1889. Sparre had become acquainted with Finnish artists when studying at the Académie Julian in Paris, where he became good friends with Gallén.

Sparre fell in love with Finland and moved back the following summer. The next summer, he moved permanently to Finland.

In the summer of 1891, Sparre visited Gallén in Kuhmo. They went on expeditions in Kainuu and across the border to Russian Karelia, where they believed they could find the ancient Kalevala way of life still being honoured. They took photos of and drew their observations and experiences.

In the summer of 1892, Sparre went on a longer expedition to Russian Karelia with the sculptor Emil Wikström. Two of the photos in the Kaleva collection were taken on this trip. A year later, Sparre married the sister of Marshal C. G. Mannerheim, Eva Mannerheim, and took his new wife on a honeymoon to Russian Karelia, of course.

Many Finnish artists followed in the footsteps of Gallén, Sparre and Wikström and went on expeditions to the poetic villages of Russian Karelia in the 1890s.

Sparre wrote about their travels in Kajaani in 1893 in Päivälehti’s Nuori Suomi Christmas album. The story is illustrated by a drawing based on Sparre’s photo of the Kajaani tar canals. 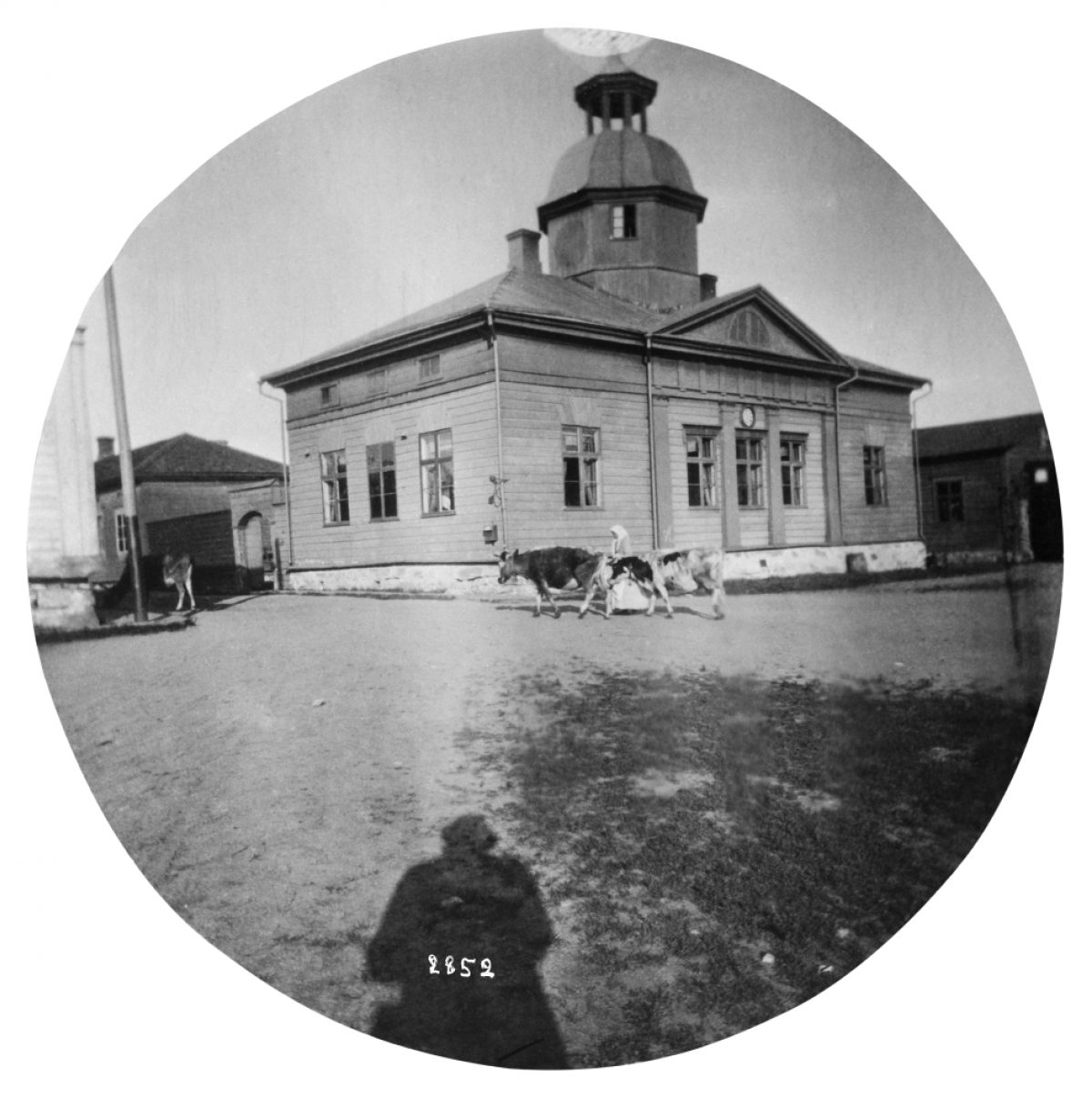