Kalevi Keihänen on the wing of the small Rallye Club plane at Helsinki Airport in May 1973. In the background: the planes of Keihäsmatkat’s airline: Härmän Jätkä and Härmän Mimmi. Photo: Hannu Lindroos / Press Photo Archive JOKA / Finnish Heritage Agency

Kalevi Keihänen offered a photo journalist a trip to Australia.

“The cheerful Keihänen was dressed in a chinchilla fur coat, hat and gaiters. His legs were adorned with Lasse Virén’s satin shorts. He had Virén’s spiked shoes from the Munich 1972 Olympics on his wall at home. The shorts and shoes were bought in an auction,” explains Hannu Lindroos, who was working as a photo journalist for Helsingin Sanomat at the time.

Kalevi Keihänen, the Managing Director of Keihäsmatkat presented the travel agency’s own airline, Spearair, to Lindroos and editor Kari Tuppurainen at Seutula Airport in Helsinki in May 1973. Spearair had bought two used Douglas DC-8-32 planes from the United States: Härmän Jätkä and Härmän Mimmi were brought to Finland in the autumn of 1972.

Keihänen climbed on to the wing of the small French plane Rallye Club. The plane was owned by Spearair’s aeronautics club and it was used to train new pilots.

Keihäsmatkat offered regular Finns inexpensive tours to the Canary Islands. “A moonshine called Kihniön kipakka was served on the flights,” recalls Lindroos. The drink was not actually moonshine and not from Kihniö, unlike Keihänen, but it was produced at a Mallorcan spirit factory – only the labels were printed in Finland. “Board the plane, have a drink and you’re there,” promised the Keihäsmatkat ad.

The figurehead of Keihäsmatkat, established in 1965, was Keihänen, a self-taught visionary of the tourism sector. Keihäsmatkat really took off.

The interview continued in the basement of Keihänen’s home in Mankkaa, Espoo, which housed a lavish bar. The display cabinets contained hundreds of small bottles. The host served Spanish drinks. When Keihänen’s wife, Tuovi Keihänen, came home, the entourage had to take a taxi to a pub in Tapiola.

“Sir, I cannot let you in,” said the bouncer to Keihänen. “Keihänen said that the rest of us should go in and he stayed behind to clear up the matter,” says Lindroos. “In a minute, the travel mogul joined us and said that the bouncer and his family were going to the Canary Islands.”

The interview continued in the Russian restaurant Kasakka on Meritullinkatu in Helsinki, owned by Timo T. Kaukonen. The hospitable Keihänen ordered some bear meat for dinner. When it was time to pay the bill, the millionaire pulled out an American Express from the depths of the chinchilla fur coat. In 1973, credit cards were still a new form of payment, and Keihänen bragged that this card could take you all the way to Australia.

“Should we go? Let’s go to Australia with this card,” suggested Keihänen. “If we had said yes, Keihänen’s girls would have booked us tickets to Australia,” says Lindroos.

By October of the same year, Keihänen already had new plans for a new travel agency called Seiväsmatkat and an airline that would take Finns with a DC-8-61 plane to the warmth of the South. The name of the plane would be Reissumies. However, these big plans were never realised. 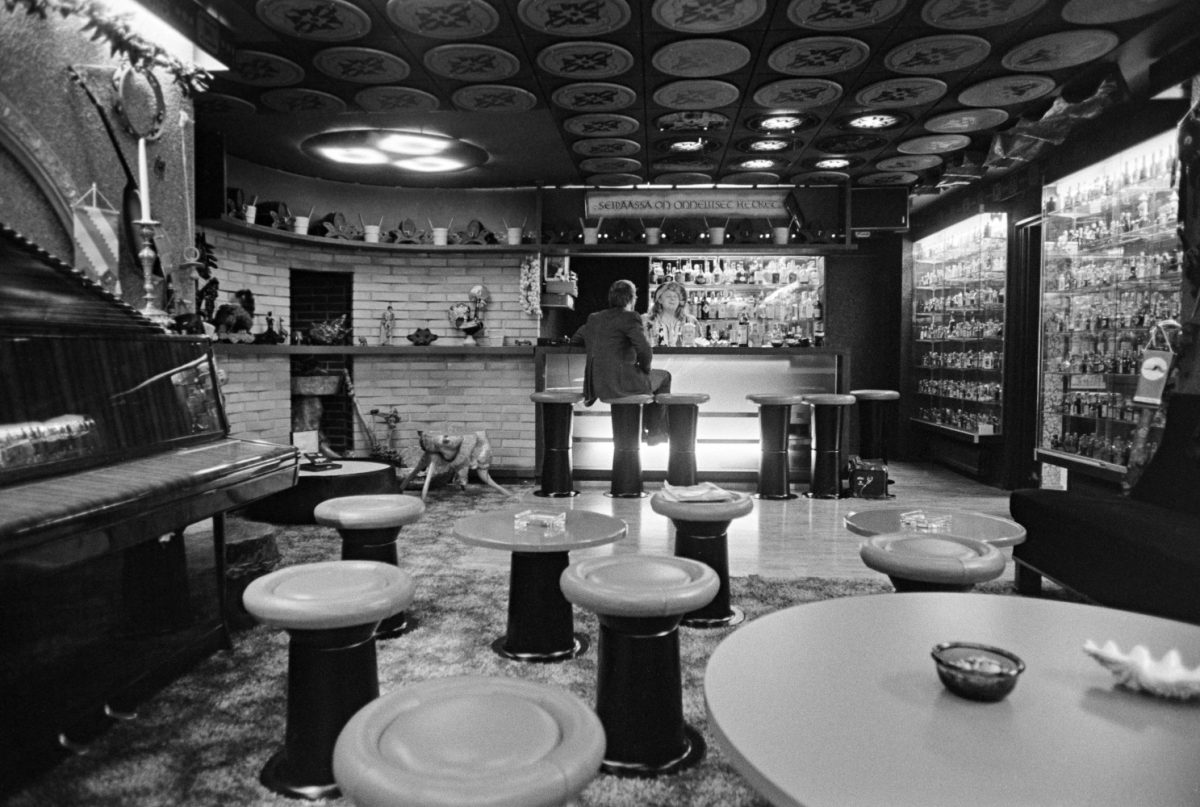