The first Ruisrock festival was held in 1970.

Konsta Jylhä and Kaustisen Purppuripelimannit stepped onto the stage to a huge round of applause at Finland’s first rock festival in 1970. Many of the festival audience members still recall the funeral march Peltoniemen Hintriikan surumarssi performed by the folk group.

The first Ruisrock was a three-day event in Turku’s Ruissalo, held on 21–23 August 1970. ‘The last festival day’s most popular performer was Konsta Jylhä,’ wrote the newspaper Helsingin Sanomat.

In 1970, the radio was only offering a limited amount of music for the young people. Back then, you would sit by your cassette player ready to press ‘Record’ when the musical charity programme for young people, Nuorten sävellahja 22001, came on every Saturday from four to five, or when on Sunday afternoons, for three-quarters of an hour, the programme Lista played the favourite songs voted for by the listeners.

A persistent student group managed to convince the organisers of Turku Music Festival that the younger generations needed pop and rock music. The group insisted that Finland’s first rock festival should be held at the Saarronniemi camping site surrounded by natural beauty on the isle of Ruissalo. The Turku International Pop & Rock Festival, which later came to be known as Ruisrock, was created alongside the Turku Music Festival.

The founding team of Ruisrock sent out invitations to dozens of bands. Pink Floyd was too expensive: they asked for £500 on top the other expenses! Neither did the Rolling Stones play at Ruisrock, because Mick Jagger was on a holiday in August. However, the organisers did manage to coax the British bands Argent, Family, Blue Mink and Colosseum to sunny Finland. The Finnish performers included Wigwam, Kalevala and Rauli Badding Somerjoki.

The air was filled with rock music. Thousands upon thousands of young people roamed to Ruissalo. ‘What must the old folks have thought?’ wrote V.K. Hietanen, a photographer for Turku’s regional office of Helsingin Sanomat in his book Kameran takana V. K. Hietanen (‘V.K. Hietanen Behind the Camera’). The 46-year-old newspaper photographer understood that something unprecedented was taking place. He wanted to use his camera to immortalise what was happening in front of the stage rather than on the actual stage itself.

All of Hietanen’s pictures are in black and white. Their atmosphere is mellow. The festival audience is jamming to the music. Someone has a bottle under their arm and a cigarette hanging from their lips. The mood is a bit tired after a long party.

Friends relaxing on a blanket on the grass. The sandals have been discarded. The sun is shining. It is summer. And everywhere around, there are young people, thousands of them.

The organisers had prepared for 5,000 visitors, but 38,000 people unexpectedly turned up and started partying.

‘The police were mostly surprised by how well the young people were behaving. There were no fights, no one died, and no one gave birth,’ Helsingin Sanomat wrote after the festival. The following year, a staggering 100,000 young people gathered in Ruisrock. It is the oldest festival in Finland, still rocking on in the summer of 2017.

V.K. Hietanen captured the atmosphere of the 1970s Ruisrock into his pictures. You can view his pictures at the Finnish Heritage Agency’s kuvakokoelmat.fi online service. 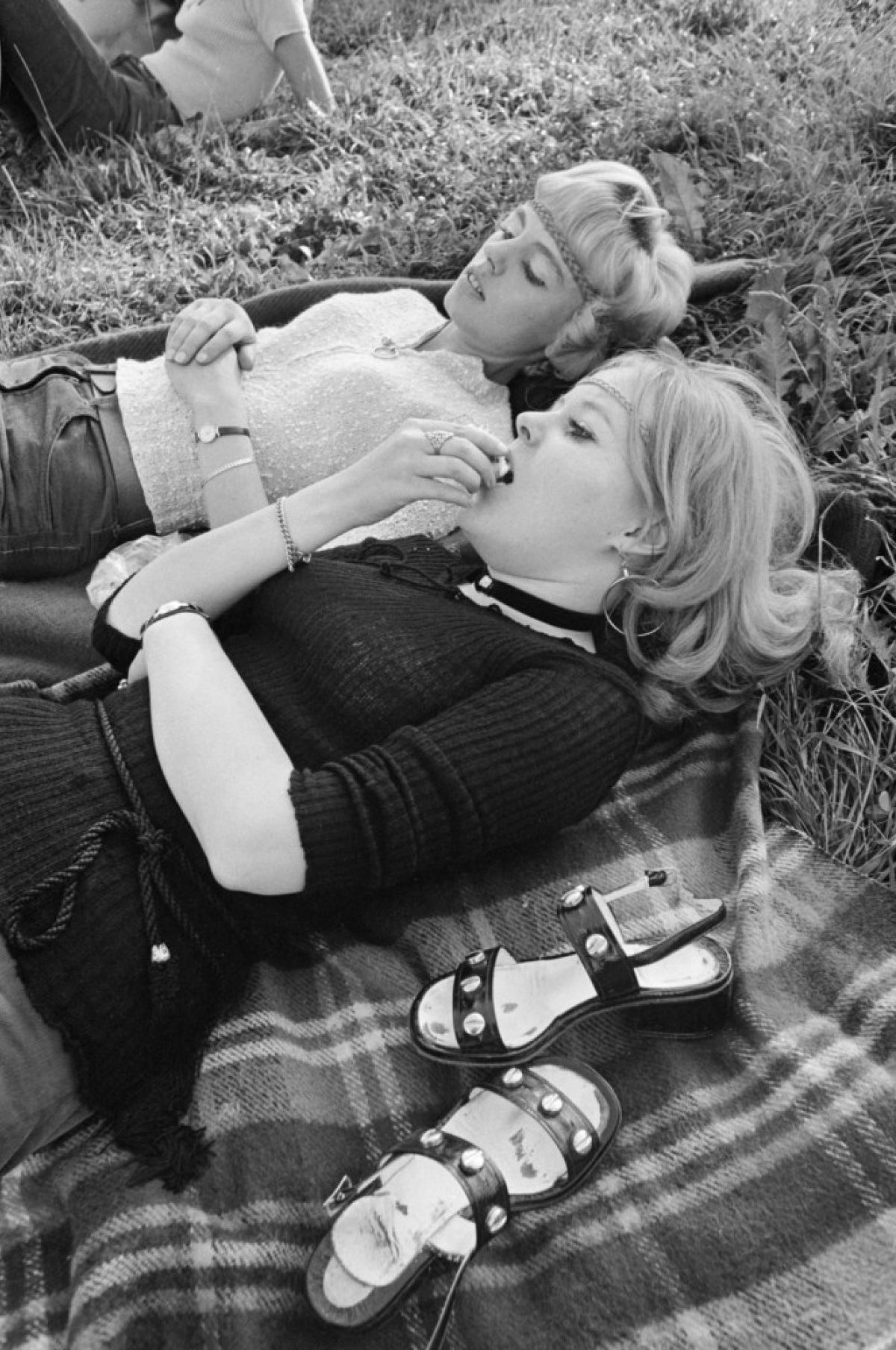