Journalists visited the summer camp of female gymnasts in July 1933.

“Today’s intense struggle for existence is gnawing at a person’s body and upsetting the balance of the soul more than in any other era,” declares an article in the Kaleva newspaper on 2 April 1930, instructing people to “return to nature in one way or another.” According to the article, moving around outdoors is not enough on its own. You also need gymnastics and sports. The women’s gymnastics club Oulun Kisa-Siskot starts operating during the same week and the members decide to join the Physical Education Association for Finnish Women.

“The modern physical culture and life outdoors, with their special phenomena, have also entered the quiet riverbanks of Muhos that before could only dream of hearing the clanking of a mower,” Martti Putaala wrote under the pen name Marttiinus in Kaleva a few years later. The summer camp organised by the Physical Education Association for Finnish Women seems to have attracted attention from journalists and locals alike, since the camp is covered in at least four issues of the newspaper.

“The water flowing on the roads washed the car’s radiators, and the ceiling was rumbling so loudly that we thought it was raining knives,” Marttiinus reports on their journey to the campsite. When they got there, the damp weather became a triviality. The journalist makes everything sound fun, carefree and completely harmless, starting from the reception: “The young ladies stepped in with manly confidence in their squelchy sandals, their fresh appearance bringing a breath of free camping life with them.” Sheltered by the largest of the tents, the journalists were served large cups of coffee with cream and butter biscuits. “We, two happy fairytale princes, being waited on by wood nymphs,” as Marttiinus creatively puts it.

As many as four photos by the photographer were freshly published, even though photos were usually rare among the densely composed text in newspapers. The photos selected complement the journalist’s hilarious descriptions by emphasising the playfulness and spontaneity. In one photo, the women are running around barefoot, which the caption describes as “playing in nature.” During a coffee break, everyone has packed into the same tent in a smiling huddle, and washing dishes at the riverbank seems to make the women laugh. The abundant and playful text prevails over the brief mentions of gymnastics and the fact that there is “a selection of rather masculine sports equipment.” The only photo published that shows gymnastics or sports has been captioned as “ball games at the Muhos camp.”

A total of 11 glass negatives have been preserved from the summer camp of 1933. A photo where the women do gymnastics in an impressive formation, their heads and fists held high, was left unpublished. In some of the glass negatives, the group is standing or singing in an almost military-like order, presumably showing their respect to the flag. However, not everyone is singing. It appears that the photos shown here, with individuals standing out from the crowd, did not gain publicity, either. 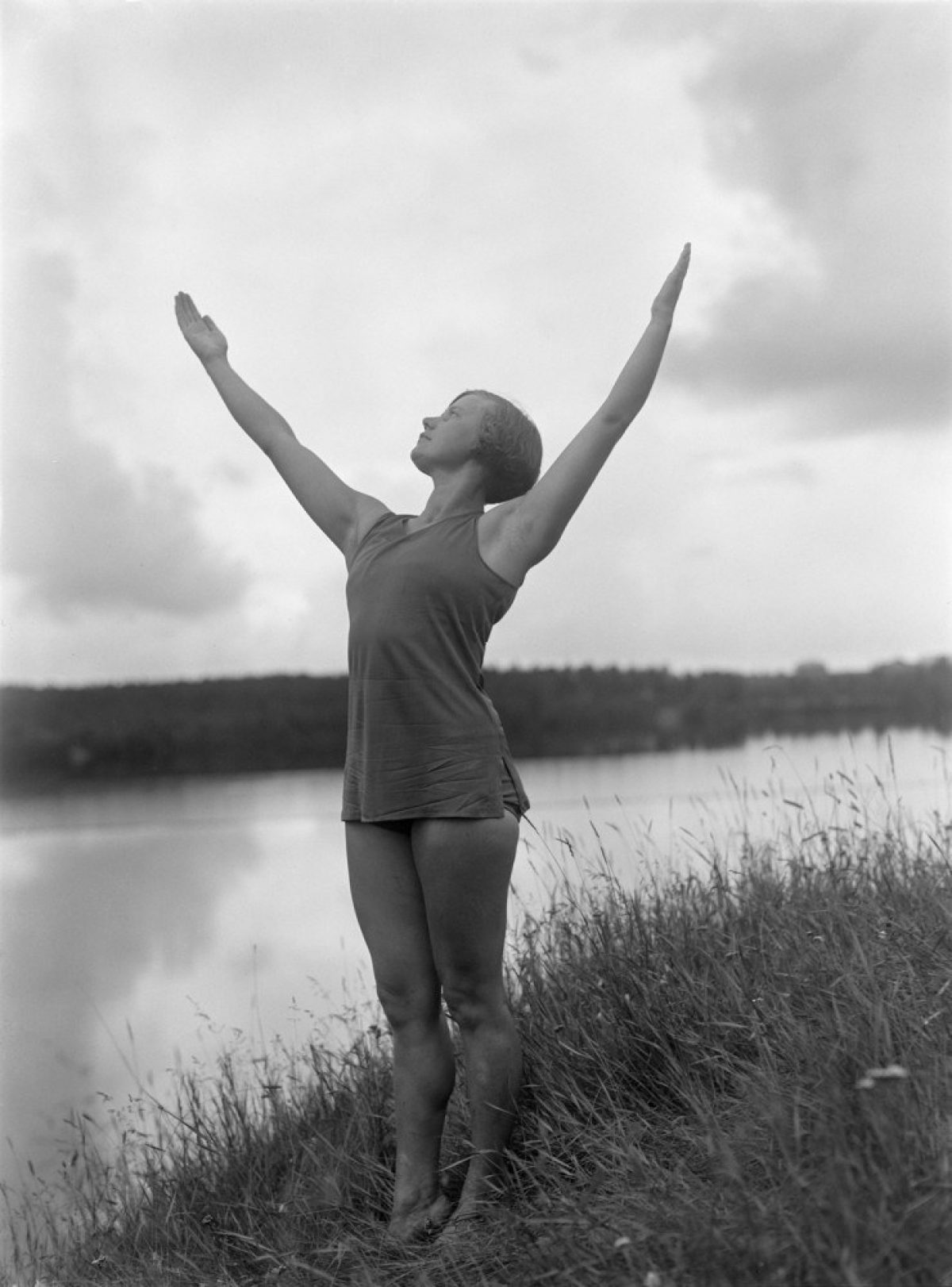 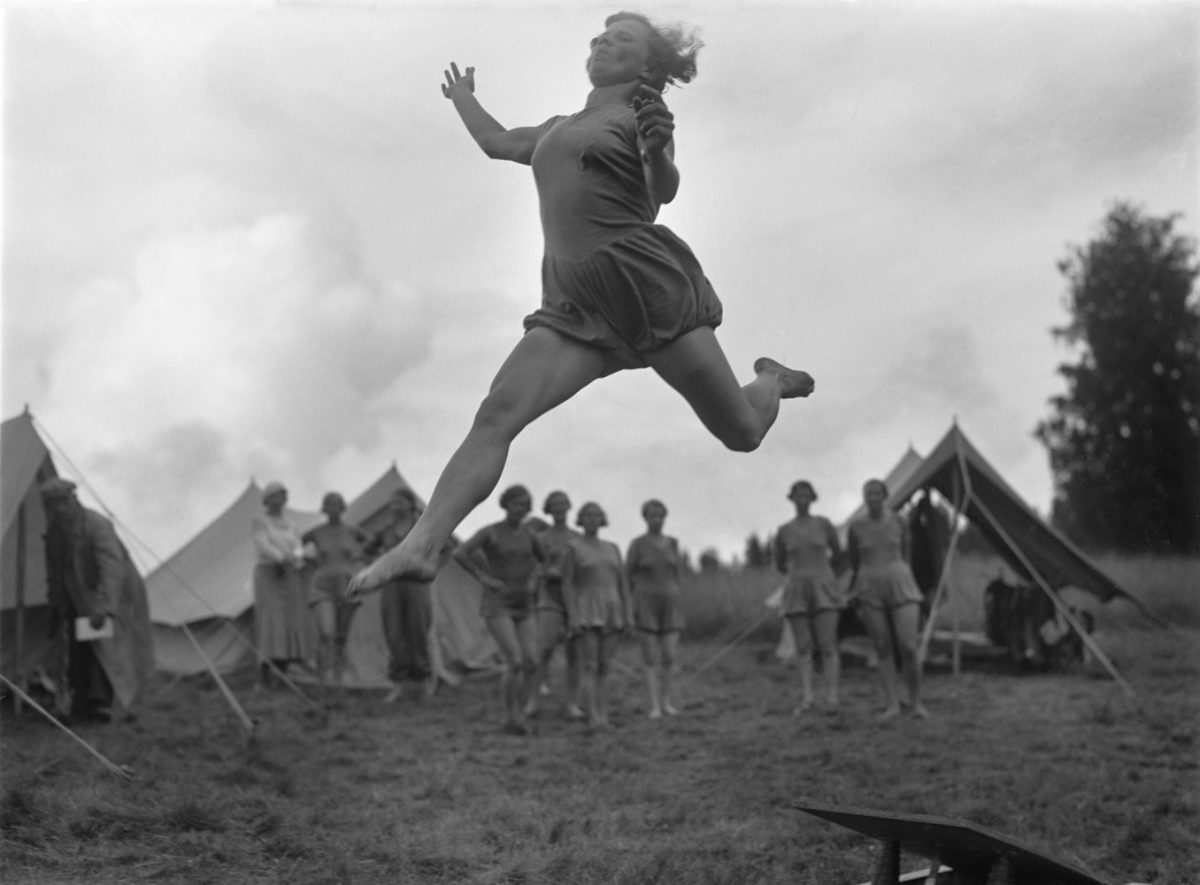 Lazy kates from around Finland

The photos of historical items of the Finnish Heritage Agency...

Artists’ portraits from the press photo collection of the Otava...

A cat’s life from rural cabins to the bourgeois homes. ...